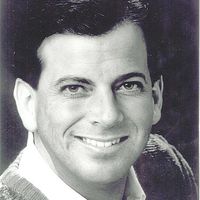 Brought up in a Christian family in Southern California; Dave spent years in a private Christian school in Los Angeles before relocating to San Diego where he graduated high school and was drafted to play professional baseball. After years of playing and scouting he joined the ranks of everyday Americans as an auto shop manager, advertising executive and business owner, he left Southern California for the Northwest to embark on a four and a half year theological sabbatical.

It was during this four plus years, Dave studied and searched for the mystery of salvation. What had been seen in churches growing up and as an adult, lead to the conclusion something was a mist. More and more as time went by the church was distancing itself from the core meaning of salvation. Adopting more amicable approaches to controversial subject matters the church has abandoned traditions and behavior paramount to salvation – nothing more obvious, than the removal of self denial in Christian conversions.

Therein lies the lost meaning of salvation as Christ meant it to be.

Dave adds this to what is said in this book:

This book succeeds to once again open the mystery as to why Jesus would say; “Only a few find it.” And Peter would confirm the meaning of “Only A Few” when he wrote “…God waited in the days of Noah, while the ark was preparing, wherein few, that is, eight souls were saved.”

The “few” are just that, very few are saved. Peter compares the few to the eight souls saved from the flood. Some estimates have the population at the time around 1 billion or as low as 225 million. Equating to today’s population would have 8 people equate to‘56’ of 7 billion or ‘2,500’ of 225 million people. Either way, figuratively it should be shocking – if literal it should be deathly frightening if you are not striving to live a life in obedience to Jesus Christ.

To believe or not to believe: Most of Christianity believes in a seven year tribulation period yet it cannot be found anywhere in the Bible! No where in all that Jesus spoke does He ever mention an end times of seven years; nor does the Book of Revelation, no where! Nowhere in the Bible! But look at all those who believe it beyond doubt.

Jesus, as does Peter says these words about the few as clear as clear can be, yet no one is listening to this cry – to this end times, last minute cry about so very few that will be saved because no one wants to believe that salvation is dependant upon obedient behavior.

Neither church nor anybody of Christianity I know ever asks the question:

“If you don’t behave like a Christian, what then could make you one?”