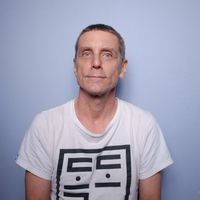 Stephen Black
A graduate of the Rochester Institute of Technology, Stephen has extensive experience as a writer, visual artist and video maker. He has written about Widescreen Media's cinematography work for "Flying Swords of Dragon Gate 3D", by Tsui Hark and starring Jet. Other topics of Stephen's books and published work include medicinal mushrooms, Barack Obama and the Tiong Bahru area in Singapore.

(As mentioned, this proposal is only an introduction. It should be noted that I am the co-producer of SPOKEN, which is a 3D virtual world. SPOKEN establishes me as an authority, builds trust and is a lot of fun. SPOKEN can be downloaded at gallery.sg. There is a ton of info about SPOKEN at www.blacksteps.tv I would also make a video.)