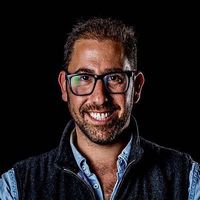 Stephen Robert Morse ​was nominated for a 2017 Primetime Emmy Award for producing AMANDA KNOX, one of the most-viewed Netflix Originals of all time. Since then, Stephen directed/produced/wrote the critically acclaimed EUROTRUMP, a film that enabled him to get unprecedented access to Geert Wilders, the Dutch right wing politician who lives behind 24/7 security protection due to threats on his life from ISIS. The film was acquired by Hulu, VICE, national broadcasters and had a theatrical run after playing at Sheffield Doc Fest, DOC NYC, and CPH:DOX. Stephen also recently Executive Produced FREEDOM FOR THE WOLF about the global threats to liberal democracy. The film was the winner of the 2018 Audience Award at the Slamdance Film Festival. He is now directing and producing a documentary, SOUTHERN GOTHIC, about the 1983 murder of Timothy Coggins in Spalding County, Georgia. He holds a BA from the University of Pennsylvania and an MBA from the University of Oxford.