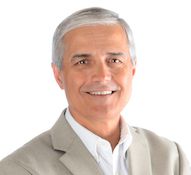 I used to be an organist, a musicologist, and a music theorist, a scholar, a teacher, and a translator from several European languages.

At the age of 33, I met the wisest person I've ever known—Socrates. Through a long series of group discussions on Plato’s dialogues, involving people of the most diverse backgrounds, Socrates convinced me that there was something seriously wrong with my life.

After nearly three years of wrestling with Socrates, I was awakened by a shaft of sunlight on a bright summer morning—and I suddenly understood what Socrates had been telling me. I didn't know what I was doing with my life because I did not know who I was. On that day, I abandoned my previous existence and began to study the world's greatest thinkers and writers, looking for wisdom and insight into this dilemma.

After nearly three decades of study, I published my first book, The Problem of Life, which is a plain-thinking explanation of life's central problem and central question, and an attempt to separate life's real dilemma from its illusory ones.

Over the same period, however, I watched with dismay as American politics degenerated into a morass of nonsensical ideological mudwrestling, leading to the complete gridlock we have today. Because nothing substantial has been done to help average citizens for more than four decades, increasing numbers of Americans are having to struggle with mere survival, which makes it nearly impossible to address the questions of self-understanding that lead to real happiness.

But now, I think, the Millennial generation finally has the power to take over the political system, make it work again, and initiate the most creative and productive period in the nation's history.

I am writing this new book, Politically Corrected, to explain exactly why America has broken down, and to show Millennials how unbelievably easy it would be for them to repair it and get it running on all cylinders once again.

The book that explains why America is broken, and provides a nearly foolproof plan for the Millennial Majority to fix it—quickly and easily!