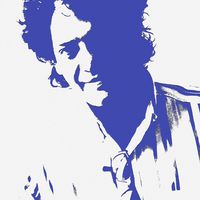 Ulisses Santiago is a New York Copywriter, Screenwriter, Advertising Creative Director, Producer and an award winning Poet, currently based in Puerto Rico. He studied Letters and Philosophy at the University of Puerto Rico concentrating on Hispanic Literature and International Theater. After college he became member and Artistic Director of a Theater Company from which he moved on to build a successful career as a copywriter, chief creative director, founder and partner of various advertising agencies for international markets. He is the creator, screenwriter and director of the Spanish broadcast TV series “Amar y Vivir” , head writer for the award winning children TV series “Jiquilete”, screenwriter/director of the film “Momentum”, playwright of “Suites del Normandie” and Writer-Producer of more than a 100 TV commercials and advertising campaigns for the Caribbean, Mexico and US Hispanic markets.