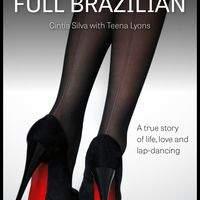 Cintia Silva was born in Brazil in a life of early tragedy, at the age of 14 she began a modelling career that later took her to Europe. After moving to the UK, she became one of the country’s highest-earning lap-dancers and performed private dances for the very wealthy and the very well known. For years Cintia Silva kept her main source of income in secret not for fear but for knowing that the prejudice and negative associations with the job could upset her loved ones, mother of a girl, living in a conservative middle class village and with the support of her successful partner she spend six years getting her life in control in a very controversial way, but for who learn how to loose everything risks can only be a gain, sometimes you do what you have to do, and if I have your attention, look twice things are never what they look to be, we all assume characters and roles in society in one day I had at least two.