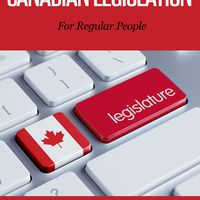 Former foster child, turned 10 year child welfare reform advocate who has advocated for various issues from provincial to federal, to private corporate matters, even fighting the Canadian Scotiabank to get a senior $800 they were refusing to give back to him that they wrongfully charged him in service fees.

If you google fostercarenews.blogspot.com you can see much of the work in written form I have been engaged in over several years on child welfare reform which also included conducting a private prosecution against the children's aid society of ottawa on a corporate matter which although did not end up in a successful charge against the corporation, did end up in bringing a degree of the desired change to the corporation in that they started to open their board meetings to the public and advertise them on their website after approximately 70 years of them not being open and transparent about the process.

I currently use twitter to promote my book at http://www.twitter.com/johndunnf

I have been interviewed several times for media including television, newspapers, and have attended parliamentary committees, municipal committees and parliamentary television (internal legislature closed circuit tv presentation) and have also created a documentary which was broadcast across Canada 2x about my life in foster care.