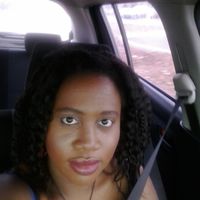 Jackie Jones is an award-winning Barbadian author and entrepreneur, with an extensive background in journalism. She has been featured on various media outlets and blogs, and has been actively growing her author platform and improving her social media presence.

Jackie has self-published multiple books in the fantasy and science fiction genres. These include, but are not limited to: The Wardens Series Season One, an on-going, supernatural thriller/fantasy episodic series, featuring five episodes -- Skins, Howl, Lust, Taken and Cemetery Party. The first season of this series was recently optioned for film. YA action and adventure/fantasy Secrets (Return of the Guardian Trilogy, Book 1) is another and both of these books’ sequels are slated to be released in 2015.

Outside of Jackie’s fantasy and science fiction books and independent pieces, her creative non-fiction piece “Diary of a Punching Bag” is featured in the popular Senseisha: Memoirs of the Caribbean Woman anthology. The author also continues to contribute to blogs, websites and other outlets with articles on various topics.

When she is not writing or working, Jackie can be found spending time with family and friends and lives with Ralph, her disapproving stuffed rabbit.