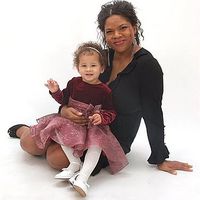 Born and raised in the inner city of Chicago's Northside, Jeanie Delascasas single mother of two, is the second daughter of five. She started writing poems and short stories as a teenager, her first book being 'A Collection of Poems Volume 1.' By age 24 she joined the United States Navy where she continued on writing and by age 38 wrote and published her first book 'Brokenness Together.' In 2002 she received an Editors Choice Award for her 'Collection of Poems, Volume 1.'

In the soul of a young man will arise a powerful warrior king and in his wake will come destruction and redemption.