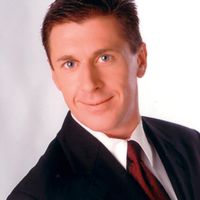 Known to my friends & peers as 'That Startup Guy', I'm the co-founder of Startup Foundation, (the startup accelerator for professionals). I spent 20 years in corporate life (in building, logistics & software industries), including building a large successful venture as an 'intrapreneur', where I caught the startup 'bug'.

I've since designed & created 15 ventures across broadband, ecommerce, hospitality, social networking, logistics, financial services and the not-for-profit sectors. And I've discovered that you can teach what you have learned.

I now invest my time & expertise as a "Venture Catalyst" across the startup ecosystem by helping other founders to succeed. I do this as an investor, mentor, adviser, author, presenter, speaker, media producer and creator of a venture accelerator, weekly podcast & upcoming web-TV Series "The Starting Block".


Inside Cover Bio - A Life of Challenge and Opportunity

Daniel is one of the most optimistic and inspired people you will ever meet. He is never short of a bright idea, an encouraging word, or to contribute his time and expertise to a worthy task.

Despite extended periods of tragedy & pain in his personal life, he has become a shining example of what it takes to succeed as an "aspirational entrepreneur".

He has traversed many worlds. In school, bright & successful, he discovered computers, learning to code in 4 languages. On leaving school, he fell in with the wrong crowd, and lived life on the 'darker side' for a few years, before settling down, getting married and raising 3 wonderful children.

As a sales professional, he quickly developed a flair for all things corporate throughout his career, learning the many facets of success in a large organisation, before creating a successful venture as an intrapreneur.

But success has its price. Challenges saw him leave corporate life, remarry and raise his 4th child as a full-time work-from-home dad, whilst at the same time leading 2 not-for-profits and creating 2 concurrent, disruptive startup ventures.

He also spent many years, in community & political activism. In 2010, he even ran for high office in both state and federal politics, best described politically as an "extreme-centrist" with libertarian tendencies.

Daniel is recognised as a quick study of "things that matter", both in business and in people, and is described by his friends and peers as a "whirlwind", "dynamo" and "high energy" in creating his collaborative and engaging vision of an exciting future in supporting entrepreneurs.

Now a veteran of more than 15 ventures, he has expanded into investing in, mentoring to and advising on startups, as a ‘Venture Catalyst’. He has become a sought-after speaker and consultant on all things 'startup', and is developing a new framework to help 'experienced professionals' become successful entrepreneurs, through the collaborative multi-channel platform, “The Starting Block” ®.

Read on below for the 1st 2 sample chapters - "Introduction" & "Prologue"

Before You Quit Your Day Job

Give yourself the best chance of success for your new business startup idea, without risking your networks, career, life or relationships.