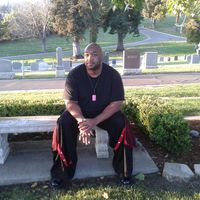 My name is Walter Mwasi Williams III, and my greatest passion in life has always been writing. It is a craft I have practiced since kindergarten.

It has taken a little over 5 years for my novels, Nightmare's Paradise and The Languishing Bay, to reach this launching point, and there have been many obstacles along the way. After the 2008 financial crash left me homeless and jobless, I spent the next few years living on far less than $1000 a month—sleeping on friends’ couches, living in substandard housing, supporting a sister who had been injured on the job, helping my mother who was in graduate school, and coping with recurrent headaches and migraines. In spite of all this, I never stopped writing. I wrote during my commutes, through lunch breaks, between classes, in the waiting rooms of doctor’s offices, and late into the nights.

As a result of this determined persistence, I finished the two novels, separate stories set in the same fictional universe. (I also finished a modern Gothic tale, "A Violent Lament," as an experiment, but it is not included in this current effort to launch my first two novels.)

Because of the nature of my stories, I feel it is essential to have powerful illustrations to accompany these special editions. I have great respect for visual artists and I think it is immoral and unfair to expect skilled professionals to create illustrations for free, but at the same time I have had to work within a strictly limited budget. Fortunately I found two exceptional artists that were willing to work with me for a considerably reduced fee. Sometimes I could only afford one piece of art a year, and that has been another challenge in completing my projects. But now I have finally been able to have enough illustrations created to showcase what can be achieved with funding.

Outside of writing, once I obtain my degree in Fall of 2015, I plan to explore teaching both at a high school, and one day, community college.