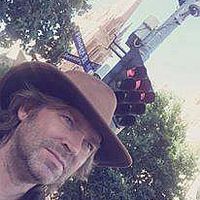 Originally from Aotearoa New Zealand, Buck moved to Australia in 2007 to start a new life and has been achieving goals ever since. One of those goals was to write and publish a story. Starting with a nucleus of an idea around a US Space Shuttle, Future's Past was born and penned as a television script. Buck ended up with sixteen episodic scripts and decided to test the characters in a small filmed demo with a selected group of actors. The story was fine tuned and strengthened; a film company named Malawolf Productions was formed to take the script into production and the novelization was created as a side product.

During the day, in order to pay the bills he works for local governments under contract but his passion is mostly in story telling.