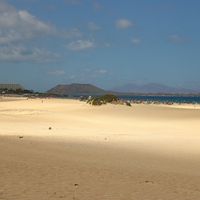 Writing a book isn’t easy.
Why then did I embark on such a challenging adventure?
First of all because ever since a very young age I have had a passion for reading, travelling, meeting new people, learning foreign languages and experiencing new cultures. Language has always fascinated me. Words, both spoken and written, hold a lot of power. By using specific words you can create a particular mood, influence the listener’s or reader's imagination and emotions. The possibilities are endless for anyone who is creatively gifted.
I have wanted to write a novel for as long as I could remember, but somehow I wasn’t able to get around to it. Then, one day an idea for a story popped into my head, where it began to linger and grow. I just couldn’t get it out of my mind. So, finally, I decided to pursue my dreams and start writing my thoughts down. At first, I did not have an outline, just a setting and the characters. But slowly the scenes, images and people took shape in my brain. It felt as if I was there with them, following them, watching closely and describing what I saw. Consequently, my writing adventure turned into a thrilling journey into the unknown. Bit by bit, I wrote the first two chapters and from there the story practically wrote itself. A year later I completed the manuscript of my first fiction novel. It was a very exciting experience. Since English is not my native language, writing in English proved to be a difficult task but a very satisfying one. I enjoyed it a lot.

When The Jaguar Sleeps is my first work of fiction. Up to now I have published two nonficton books and have written a number of articles for women's magazines on a free-lance basis.