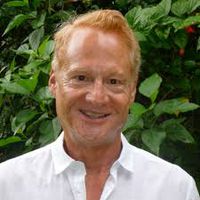 Among his more than 25 produced credits, Stu Krieger wrote the animated classic The Land Before Time for producers Steven Spielberg & George Lucas and ten original movies for the Disney Channel, including Zenon: Girl of the 21st Century and its two sequels, Tru Confessions, Smart House, Phantom of the Megaplex, and Cow Belles.

That One Cigarette is an alternate history novel that follows multiple members of four families from November of 1963 to January of 2009.