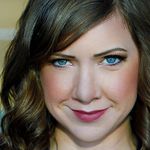 Lynn Marie Morski is a physician, attorney, and lifelong quitting enthusiast. She wants to pass on the strategic quitting skills she's developed to help people go from settling to succeeding.

Her journey began with a Bachelor of Arts in Media Communications at Webster University, where she continued on to graduate school in Multimedia. When she realized multimedia wasn't for her, she made her first in a long line of fairly dramatic quits and left graduate school to pursue a career in medicine.

After the ten year journey from pre-med coursework through medical school, residency and sports medicine fellowship, she again realized that the path she had chosen led her to a place that wasn't perfectly suited for her. At which point she quit again - this time leaving sports medicine to work at the Veterans Administration in their Compensation and Pension department getting former service members compensation for their injuries.

After a move to San Diego landed her living next to a law school, she indulged her lifelong desire to put her legally-inclined mind to work and applied to the school. Four years later she graduated as valedictorian.

Her foray into helping others with strategic quitting began when she was asked to give a speech at her law school graduation. She looked back on her varied career and decided the best advice she could give to budding young lawyers was to teach them the value of quitting, as it had been instrumental in how she'd gone from a broadcast journalism major to video editing to multimedia to medicine, and finally (at that point), to law.

Following graduation, she began work at a global medical tourism startup as their co-founder, chief medical officer and in-house legal counsel. While she loved the work, the uncertainty of the life of an entrepreneur wasn't for her, so she make another quit and began working as an adjunct law professor for her alma mater, Thomas Jefferson School of Law.

After having accomplished a number of career goals, Dr. Morski decided to take a long look at what she would do next. She wanted to do something that would help others while allowing her to explore areas that her other careers didn't, such as writing, coaching, and public speaking, which is how Quitting by Design was Born.

Her graduation speech on quitting had resonated with so many of the law school's professors, as many of them had quit the law firm life to move into teaching. She posted the speech on social media and was asked to come on the "Happen to Your Career" podcast to help those considering a career change use strategic quitting in their transition.

She then began giving talks on quitting at local business organizations and events, and realized that sharing her quitting strategies was a great way to combine doing something that helps others while also feeling the state of flow that comes from doing something that comes really naturally, which for her was writing, coaching and public speaking. So she launched a website and began writing the book you see described above.

Through her 'Quitting by Design' website, Dr. Morski helps people carve out successful lives through strategic quitting. Her goal is to de-stigmatize quitting and illustrate what a useful tool it can be in creating a fulfilling life. When not helping people to and through their quits, she is a physician at the Veterans Administration and an adjunct professor of health law at Thomas Jefferson School of Law in San Diego. Outside of medicine and law, Lynn Marie trains the Brazilian martial art of capoeira, plays the guitar and bass, and works in election reform and digital media for nonpartisan public relations.

PLUS A HUGE thanks, and your name in the acknowledgements section.

- Get 1 copy of the paperback

PLUS A HUGE thanks, and your name in this acknowledgements section. You also get a free ebook version when you back this bonus.

PLUS 30 minute 1-on-1 video coaching session with Lynn Marie! Ask her anything about the art of quitting or a big life move.

5 free copies of the e-book + 10 copies of paperback, which you can gift

PLUS Exclusive Invite (discount) to the Quitting By Design Workshop in San Diego, California.

- 5 copies of the e-book + 25 signed copies of the paperback for your policy team, university class, book club, or organization, or your gift of knowledge to 20 people who need the book or are interested in the topic.

PLUS Exclusive Invite (discount) to the Quitting By Design Workshop in San Diego, California.

PLUS Lynn Marie will do a 30-60 minute presentation at your event or workshop, and add you in the book as a Patron Sponsor and Early Adopter.

- 50 copies of the e-book + 50 signed copies of the paperback for your policy team, university class, book club, or organization, or your gift of knowledge to 20 people who need the book or are interested in the topic.

PLUS Lynn Marie will come speak at your event or conference, and you'll have books for all your guests, who also get her step by step formula to Quitting by Design.

The time is finally here! My book, Quitting by Design, is out and available to the public!!

You are receiving this little email because you are one of the fine folks who pre-bought the book! If you purchased a paperback copy, then it will be on its way to you very soon!

If you purchased an e-book, the publisher is still trying to figure out how to fulfill those, as those are usually downloaded directly onto a device, but we should have an answer very soon, so I appreciate your patience and know that it's coming in the very near future!

If you'd like something to keep your quitting desires fueled whilst you wait, check out my podcast, Quit Happens! On the show I interview successful strategic quitters to get tips on how they made major (and minor!) transitions that led to more fulfilling lives.

And until we meet again...happy quitting!