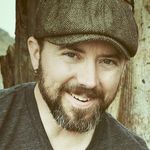 Sean has been actively publishing, presenting, teaching, and participating in the psychology of consciousness and the transpersonal for over 20 years.

I earned my Ph.D. and M.A. from the Institute of Transpersonal Psychology in Palo Alto, CA and my B.A. from The Evergreen State College in Olympia, WA. My main area of research interest is survival of consciousness, transpersonal experiences, and mysticism. I am the founder of the Ludus Amoris Institute, dedicated to the exploration of transcendent experiences. I am also the co-founder of the Journal of Conscious Evolution, assistant editor of the International Journal of Transpersonal Studies, and a founding board member of the Society for Consciousness Studies. I have authored editorial pieces and articles on transpersonal and integral topics. I teach Psychology at Dominican University of California and at Sonoma State University. I have also taught psychology at Meridian University, Burlington College, John F. Kennedy University, UC Santa Cruz, the California Institute of Integral Studies, and the Institute of Transpersonal Psychology. This is my first book.

My book proposal campaign has officially ended with Publishizer and I can't thank you enough for your generous support for my vision. This book means so much to me and you have given me much needed confidence to move forward.

This campaign has gotten "the ball rolling," so to speak, which means a lot considering that I first drafted it over a year ago on Publishizer (and have been mulling it over in my notebooks for much longer).

I also want to let you know that the visibility of this proposal has put me in touch with Weiser Books (http://redwheelweiser.com/p.ph...) (and possibly Inner Traditions/Bear & Company). These two connections happened through a friend of mine (thank you Marcus!) outside of the Publishizer platform (but would likely not have happened without it). Weiser is part of a larger publishing group that includes Hampton Roads, Conari, Red Wheel, and Turning Stone Press. In a nutshell, I can think of few other publishers that would be a better fit. I will let you know how it goes as I move forward with them!

I also want to assure you that you will be the first to know and the first to get copies once it is published.

This is just the beginning of my vision for this book which also includes a second volume for the future (an edited collection) and you are helping in immeasurable ways.