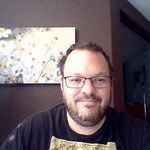 I have a degree in Creative Writing. I wrote a book called "Exquisite Anger", as well as published poetry.

I Graduated from The University of Houston with a degree in Cretive Writing. I then went on to publish through Amazon a novella called "Exquisite Anger". I have written poetry under the pseudonym Kade Markham in "Texas Best Emerging Poets," two different years.
I am Ex-military, most of my ideas stem from my experiences overseas as well as at home.

For those who pre-order 20 or more of my comic book your vote will count in regards to the name of my superhero. I will have a list of names that my superhero will eventually be given in my comic. You can help with that identity!

$20 Your own personalized poem

After all, poetry is where I was first published. For those who pre-order 25 copies or more, i will write your very own small poem based on your background! You will also receive a personalized thank you note!

For anyone who pre-orders 50 or more of my comic, you will have your name mentioned in my acknowledgements. You and I will spend an afternoon drinking coffee talking about our experiences. I will go into further detail about my experiences in Afghanistan and how it led to my character. You will also get a sneak peek into my larger comic universe of characters.

I will be giving out weekly updates to everyone who donates who pre-orders 10 or more. You will have personally correspondence with me, as well as receiving updates on negotiations with publishers.

The Agony of Hope

A hero he didn't want to be, but one the world needed.

A non-conventional superhero who receives his superpowers one at a time and only when needed. They come from a mysterious source which will have an origin as well. The antithesis of Captain America. What if an ex-soldier heard the call but did not heed it. PTSD, alcoholism, and anger issues trouble our Superhero.

Embed The Agony of Hope

This is a story about an unconventional, unorthodox superhero. He will suffer from PTSD, alcoholism, and anger management issues. After years of serving his country, Connor wants nothing but to serve himself. He will be conflicted with nightmares not only about his past but as well as his future. He will be given random superpowers only in a time of need and never more than one at any given time.

Connor will be on a journey of discovery, not just who he is but where his powers come from. He will be approached by mysterious people and dreams that tell him, "You are being given a gift, now let's see what you do with it." Instead of accepting these gifts, he will do whatever he can to deny them and ignore them. This will cost him, and cost him dearly. There will be not be a "come to Jesus moment" like Peter Parker did after the death of his uncle Ben. No, our hero is way more troubled to take on responsibility so easily. Feats of super strength, flying, invulnerability, empathy (which will serve as his most difficult power), invulnerability and more powers can be expected, but not all at once.

Our first few chapters delves into the mind of a person suffering with psychological issues. His PTSD, that he suffered while serving overseas, will make him question his sanity and make him wonder if he really is hearing this voice in his head as well as from others. He will be struggling with doing the right thing, when he is given his first power, super-strength. I have a whole list of super powers that he will be trying to control as the chapters run, but first is super-strength. Connor will learn that, "Doing a thing right is easy, but doing the right thing is always painful."

The next chapters will feature him wrestling with responsibility balanced with normalcy. All the while, he will be searching for answers about himself and about where these powers come from. He will realize that he is his own worst enemy.

Finally, he will be hit hard in the insuing chapters. Connor will endure great loss, and heartbreaking defeat. What will he do after?

My primary audience will be adults who like a grittier take on a superhero; but Young adult/teen will be attracted to the idea as well.

There are reviews on amazon for "Exquisite Anger".
Published twice in "Texas Best Emerging Poets" in consecutive years.