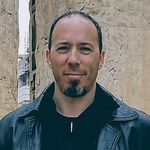 Jonathan is an experienced federal law enforcement officer who uses his time as a former cop and former prosecutor to write compelling and realistic crime and mystery fiction.

Jonathan has written three novels: Death and Repair (Black Rose Writing, 2017), The Body in the Hole, and a third novel, The Ledger (complete but not yet brought to market). He is currently writing the sequel to The Body in the Hole.
Jonathan has a degree in English Literature and advanced degrees in Law and Philosophy. His career spans almost twenty five years, including service as a police officer, assistant district attorney, and special agent of the FBI. Jonathan's career has included assignments on both coasts and most continents; home is currently Virginia.
Jonathan has the following additional publications:
Buy on Amazon

+ Active Shomrim members get over 20% off
+ You get one ebook/kindle version
+ Thank you!

+ Get the ebook/kindle version
+ Thank you!

+ Get two copies; one for a friend
+ Two free ebook editions
+ Get acknowledged in the book
+ Free shipping in the United States

+ Get two signed copies; one for a friend?
+ Two free ebook editions
+ Get acknowledged in the book
+ Free shipping in the United States

+ NEW AS OF SEPTEMBER 28- Order now and get the first two chapters of Book Two, The Body in the Bed!

+ Get four copies; one for or two you, three for friends
+ Two free ebook editions
+ For Book Two of the Undertaker series, name a street or a character- use your name, or one of your choosing! (subject to author approval- I will refund your money if I cannot use it.)
+ Free shipping in the United States

+ One hour brainstorming session about your book idea (by phone or in person in the local Washington, DC area) OR one hour Q and A session about all things law enforcement as applied to writing fiction.
+ Get 20 paperback copies of the book
+ Free ebook version
+ Special recognition with your name in the book
+ Free shipping in the United States

I will review your manuscript for style and plot development (up to 100,000 words), followed by up to two hour session by telephone (or in person in the Washington DC commuting area) to discuss recommendations.

I will also provide you a written review of your manuscript.

Hi everyone, just writing to say we have exceeded fifty orders of The Body in the Hole. I'm really thankful for all the support! JZ