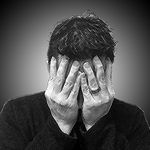 After his graduation, he and his wife moved to the Phoenix Arizona area where they adopted four children over the next eight years.
Nicholas currently lives in the Salt Lake City area where he is an Associate Member of the American Institute of Architects (AIA) and the League of Utah Writers.
His other interests include movies, singing, and motorcycles.
Buy on Barnes and Noble

Buy on BookShop Buy on Amazon

15copies
0 250 500 1000
Success! The Heir of the First Tower has already sold 15 pre-orders , was pitched to 6 publishers , and will be published by Independently Published .

The Heir of the First Tower

In this second-world fantasy set on Pirth’Vee Grah, R'Venin, the high prince of the V’Jeeta nation, is a refugee among his father's enemy, the Ch’Hota. He struggles between loyalty to his clan and his desire for freedom to pursue a different destiny that will lead to either peace between the races or the extinction of his flock.

Embed The Heir of the First Tower

In this second-world fantasy set on Pirth’Vee Grah, the people are a combination of humanoid, avian, and marsupial. There are four flocks, each distinguishable by their plumage. The technologically advanced Ch’Hota (Gold), the war-mongering V’Jeeta (Brown), the academic Pra’Acheen (Gray), and the color-shifting Gir’Agit (Black).
White Claw is a disease that makes V’Jeeta males less fertile, resulting in few offspring to grow up as warriors. The only known remedy is the Silver Silk. The V’Jeeta and Ch’Hota have been fighting over the crop that grows between their lands for generations.
R’Venin (MC1) longs for a peaceful life free from war. When his father, the king, rejects his proposal to seek a peaceful solution, R’Venin decides to die at the hands of the enemy during the upcoming battle. His plan is thwarted when a Ch’Hota soldier carries him from the battlefield to be healed. When he wakes, he goes with his rescuers to live as a refugee in hiding and continues his search for the cure to White Claw.
As the last known member of a long-forgotten flock, Ka’Ala (MC2) has lived alone most of her life. Until she is pushed into the path of R’Venin and his new comrades, her only friend has been The Great Windfather. Though she longs to be among people again, and her growing fondness for R’Venin, she has to keep herself apart from the community.
As R’Venin lives among the Ch’Hota, he keeps his true identity hidden while he deals with discrimination by those who can’t see past the color of his feathers. He learns how to cure White Claw from a Pra’Acheen alchemist in the prison where he works. In spite of losing his wife and child in a massive attack by the V’Jeeta, he’s determined to bring home the cure and end the war.
With Ka’Ala’s assistance, R’Venin returns to the Granite Spires. His final obstacle is the mistrust and prejudice of his own people toward Ch’Hota medicine. Once he proves it works, he cures the White Claw. Ka’Ala then gets her wish and marries the man she’s secretly loved for many years.

The magic system in this book differs from others that rely on a mystical force or manipulating the power within a single element. The alchemy used by the characters utilizes specific combinations of their five elements of life (mountain, tree, fire, rain, and wind) to perform tasks such as healing injuries and communicating long distances.

This book is written for people who seek to find their voice within a society that tells them what to think, who to love, who to fear, and who to hate, as well as those who enjoy getting lost in the wonder of strange, new worlds.

Praise for "The Heir of the First Tower"

"Heir of the First Tower opens the door to an addicting world I found difficult to leave for simple reality. The characters quickly became my friends as their intriguing cultures entranced me. This first book in the series left me eager for more."
Richelle Goodrich, author of the Eena Series
http://www.richellegoodrich.com

"Having beta-read Heir of the First Tower, I'm on pins and needles for the rest of the story. The world Adams has built is sumptuous, like a fantastical Garden of Eden, and it's easy to become so immersed in it that you finish the book in one sitting. Engaging characters meet a number of challenges on their journeys alone and together, and subtle themes of love, war, family, and religion are weaved skillfully into the story. It has all the makings of a fan favorite, and I look forward to seeing it (and series follow-ups?) polished and in print."
Leslie Arrenne
https://parentheticalsblog.wordpress.com/

"Adams is an incredible world-weaver with fresh concepts of magic and landscapes reminiscent of J. R. R. Tolkien’s Lord of the Rings. Heir of the First Tower is a gripping adventure with diverse characters and twists you won’t expect. I had the joy and luck of being a beta reader, and was hooked from page one. If you’re a fan of Fantasy and character journeys, both personal and at grand scales, you’re going to like this book."
Elysia Lumen Strife, author of the Infinite Spark series
https://elstrife.com/

"I love when books, especially fantasy novels, manage to achieve something new and unusual, and "Heir of the First Tower" does not disappoint. With all the standard tropes of medieval-style royalty, battles, and magic, the world that Nicholas Adams has created is unique in the cultures and beings that inhabit it. Add to that the depth of ideas and themes explored while he tells a tale that never takes the reader where they think it's going to go, and I think this book (series) is a winner."
Pippa Shaw

The Angels' Secret is an eclectic combination of sci-fi flavors sure to satisfy cyberpunk, biopunk, and science fantasy fans. With this shocking future, Adams casts light on the growing dark corners of the present.
James Wymore, author of the Actuator Series

I got hooked into the story quickly and couldn’t stop reading until I got to the end. There was so much action and mystery throughout that I was desperate to know all the answers. The plot was gripping and once the answers to these questions came, I wasn’t disappointed! This is a fantastic sci-fi novel that has everything!
D.M. Cain, author of The Phoenix Project

This book was really amazing. Everything from the setting to the characters were great. The author was very descriptive so it was easy to see the world he created in this book. The characters were very well-fleshed out, especially the main character, Malcolm. I was very caught up in the plot. Malcolm is trying to find the cure for the Scald and cure his paralyzed wife at the same time while he's exiled. The pace was just perfect. This is a well-written book and I just couldn't get enough of it. This is a must-read.
J.D. Stonebridge, author of The Unlocked

Intense! Interesting. Entertaining. Takes you on a different path than you originally think you're headed. Great epilogue!!
Angie Dokos, author of Mackenzie's Distraction

Combining sci-fi with social justice, Nicholas P. Adams introduces us to a bizarre new Earth in his story, “Half-Z’s.” Sofia Rodriquez is labeled impure because she is the offspring of a human and a tentacled
Gya’ol. In a nod to the Me Too movement, the story portrays Sofia as the desired object of the Ambassador, who may have sinister motives in pursuing a relationship. Via space shuttle, Sofia travels to a remote outpost to deal with a mysterious illness. Meanwhile, her spotty memory bounces back and forth into her past. Setting, character introspection, invented language, and deception are all part of this suspenseful piece, which urges us to walk in the shoes of the oppressed class and to question whether being human always means to be humane.
Anne Stark, Lecturer, Department of English, Utah State University