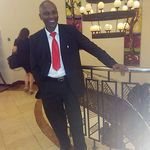 Camellia Yang is a Chinese New Zealand writer and a marketing and communications consultant. She hosts the bilingual Podcast channel The CJ Show and writes columns for several major media

Camellia Yang is a Chinese New Zealand writer and a marketing and communications consultant.

She worked as a journalist, social media specialist, communications manager, and media columnist in different countries across different industries such as finance, tourism, sports and higher educations.

Camellia started her blog since 2004, sharing her thoughts, learnings, and books/movies reviews on it, as well as multiple social media platforms.

She launched her bilingual Podcast channel, The CJ Show, in 2017, focusing on her observations of the similarities and differences between East and West through a multicultural perspective.

Camellia was born in Jinan, China and lived in Auckland, New Zealand for almost ten years before she moved to London, UK in 2019.

You’ll get:
-One copy in print
-One ebook form

The first 50 pre-orders will also receive a signed copy with your name on it!

You'll get:
-One copy in print with a personalised message from me!
-One ebook form

I’ll write a thanks letter or a poem just for you!

-Five copies in print
-One ebook form
-Free shipping to your friends and family
-Launch party invitation in New Zealand, the UK, China or a virtual one!

I’ll sign your book in person when I meet you in my book launch party! Or sign in front of you via a video chat if it’s a virtual launch party!

$200 Let’s Have Fun Together Package

-Ten copies in print
-One ebook form
-Free shipping to your friends and family
-Launch party invitation in New Zealand, the UK, China or a virtual one!
-Name one of the characters in my novel or add a plot based on your experience!
-YOUR NAME will be included in the acknowledgements section of my book in print!

I’ll schedule a video chat with you for 30 minutes and listen to your stories. You will be part of my creative process to put your thoughts on the character’s name or the plot!

-50 copies in print plus all the previous bonuses mentioned above!
-My personal guide tour to China to experience my hometown cultures! Food and accommodations all included for 5 days!

It’s LIVE! Please visit this page to preorder my brand new book The Invisible Third Culture Adult, a story from a modern Chinese immigrant's perspectives on race, identity and belonging.

Special bonuses inside! The first 200 to preorder get exclusive bonuses like signed copies, launch party invitations, 1-to-1 video chat, recognition in the book, and so much more!

If I sell enough copies I also get a publishing deal, all thanks to your support! Here’s that link one more time to preorder: https://publishizer.com/the-invisible-third-culture-adult/
Thanks so much and please enjoy!
Lots o’ love
Camellia