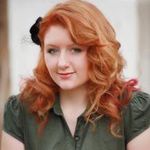 + Print copy delivered to you
+ PDF copy of the ebook
+ Thank you inside the book!

+ Exclusive updates and vlogs from FDT as we build our reactor
+ Signed print copy delivered to you
+ PDF copy of the ebook
+ Thank you inside the book!

+ Your name credited as a patron
+ Invite to the book launch party
+ Signed print copy delivered to you
+ PDF copy of the ebook
+ Thank you inside the book!
+ Exclusive updates and vlogs from FDT as we build our reactor

+ Custom FDT jacket
+ Retro MSR Poster
+ Hour long G+ Hangout with the author/team
+ Your name credited as a patron
+ Invite to the book launch party
+ Hardcover signed by FDT team
+ PDF copy of the ebook
+ Thank you inside the book!
+ Exclusive updates and vlogs from FDT as we build our reactor

+ Drinks and dinner with the author and FDT team (In Colorado, Wyoming, or South Dakota)
+ Custom FDT jacket
+ Retro MSR Poster
+ Hour long G+ Hangout with the author
+ Your name credited as a patron
+ Invite to the book launch party
+ Hardcover signed by FDT team
+ PDF copy of the ebook
+ Thank you inside the book!
+ Exclusive updates and vlogs from FDT as we build our reactor

You'll receive:
+ 2 Retro FDT and MSR posters
+ Your name credited as a Organizational Sponsor
+ 10 Invites to the book launch party
+ 20 Signed print copy delivered to you
+ Sharable PDF copy of the ebook
+ Thank you inside the book!
+ Exclusive updates and vlogs from FDT as we build our reactor
+ Author will speak at your Organization about being a Millennial female business owner, nuclear schience, or humanitarian engineering
+ 3D printed replica of MSR reactor design

+ An ORIGINAL FUEL CASK for the FDT reactor prototype, with team signatures etched on it

+ Drinks and dinner with the author and FDT team (In Colorado, Wyoming, or South Dakota)
+ Custom FDT jacket
+ Retro MSR Poster
+ Hour long G+ Hangout with the author
+ Your name credited as an Atomic Angel Investor
+ Invite to the book launch party
+ Hardcover signed by FDT team
+ PDF copy of the ebook
+ Thank you inside the book!
+ Exclusive updates and vlogs from FDT as we build our reactor
+ Author will speak about being a Millennial female business owner, nuclear schience, or humanitarian engineering
+ 3D printed replica of MSR reactor design

Reviving the Atomic Era's Promise of a Brighter Future

Molten salt reactors were created and abandoned in the Atomic Era and are now being revived to solve the largest problems facing humanity.

The Why Behind the Book


The Molten Salt Adventures was inspired by H. G. MacPherson's short memoir, "The Molten Salt Reactor Adventure" in which he details his involvement in the molten salt reactor experiments over several decades alongside Alvin Weinberg, the father of MSR technology. This book is dedicated to the men and women that spent their lives and careers creating this groundbreaking technology that was nearly forgotten. In a time where everyone around them were focused on harnessing the atom as a show of strength to enemies, these researchers remained dedicated to developing an energy source that would be safe, affordable, and would be able to solve the energy crisis decades later.

Recently there has been a greater focus on Thorium as a fuel (particularly with MSRs) but there is still little that has been presented to the public about the fundamental technology of the Molten Salt Reactors and their many uses, regardless of fuel. These reactors provide an elegant solution to huge global concerns such as:

Who Is This Book For?

The Molten Salt Adventures is meant for anybody that is interested in history, science, small business, humanitarian efforts, and everything in between. It is assumed that the average reader is not a nuclear engineer and probably has no plans on becoming one. However, this will provide an interesting look at history, the current state of affairs and the future of atomic power and it's place in the world.

The first chapter is dedicated to dispelling common myths and misconceptions about nuclear science. This will lay the groundwork for anybody to be able to have a working knowledge in the field and in understanding the true risks and rewards of nuclear power.

Chapter 1: Into the Atomic Era

The Atomic Era is the period of time in which the US was involved in massive amount of technological research and development surrounding the understanding and utilization of the atom. From Einstein's theory of relativity to the Trinity tests to the height of the Atomic Energy Commission, the Atomic Era was one of the most optimistic periods in American history for growth. Fermi and his team create the first nuclear reactor and open the floodgates for research.

Chapter 2: Another Type of Reactor

The Atomic Energy Commission allowed for the development of several types of reactors over about three decades. One of these types of reactors was the Molten Salt Reactor, which was initially designed to be able to propel an aircraft. After the Aircraft Reactor Experiment, there were multiple iterations to the Molten Salt Reactor design that addressed multiple strengths and weaknesses of prior designs. This details a brief history of the entire MSR class.

Similar to Edison and Tesla, the Rickover and Weinberg rivalry represented a very real strugle between Admiral Rickover with the existing military complex and intentions of the Cold War with standard uranium reactors and the innovative vision of Alvin Weinberg that sought peaceful energy production and warned against pursuing pressurized water reactors. This marked the beginning of the end for the MSR projects.

Chapter 4: The Death of a Star

After decades of researching under the pressure of being dismantled, the MSR program is finally closed after a paper draft of the Denatured Molten Salt Reactor is designed. The research is nearly lost to the ages as the original research teams age out of the industry.

In recent years, the interest in nuclear power has increased dramatically with a greater understanding of the finite nature of existing energy sources. Fusion is still 40 years away, and atomic power seems to be the best option. Several states and nations are pursuing nuclear power more aggressively.

Chapter 6: More than One Cat to Skin

Not all MSRs are created equal. Chapter 6 goes over all of the major designs of MSRs and the strengths, weaknesses, and potential applications of each.

Chapter 7: What about Thorium?

A subset of Molten Salt Reactors employ thorium as a fertile fuel and flouride as a component in the carrier salts. These are called LFTR (pronounced lifter) reactors for Liquid Flouride Thorium Reactors. Most of the hype is around thorium. This explains why it should be pursued for long term power production.

As of today, there are many companies, national labs, and international institutions working on developing MSR technology. Philanthropist like Peter Thiel and Bill Gates are getting in to the investing game on the MSR front as well. Know who is who in the Nuclear Renaissance.

Nearly every nuclear reactor in operation is operating long past its licensed lifespan. Operator error causes partial meltdowns of cores. Nuclear waste is piling up with nowhere to go. Fossil fuels are called into question for a sustainable energy source. Alternative power shows faltering hope to meet increasing demands. The Doomsday Clock is three minuites to midnight.

Chapter 10: The Road(blocks) to MSRs

If MSRs have so much potential, then why are they not in use? This is the most commonly asked question. This chapter details every major challenge and roadblock on the way to commercializing MSRs as well as solutions and how long they will take.

Imagine that the MSRs were to be commercially available. Part 3 details several case studies explaining exactly how they will impact the lives of everyday people. These case studies will include economic, social, and developmental implications for humanity.

Chapter 11: The Promise of the Past to the Future

The Atomic Era had a distinctly infinite optimism about it. They promised abundance, prosperity for all, and flying cars. How do we get from where we are now to what they promised us?

Everything from hurricanes to floods or fires. Many of the casualties from disasters are directly related to not having access to power and clean water.

Across the world, there is a distinct correlation to the amount of energy available per capita and the standard of living in the nation. To make people truly free they must first have access to electricity and water. Universal energy will be the single greatest achievements in the history of mankind and will do the most to move the world toward peace.

Chapter 14: To Infinity and Beyond

Eventually, humanity will outgrow the carrying capacity of the earth. We can then face two options: stay and perish, or look beyond our own world. In order to do this, variable scale power that is affordable and durable will be imperative.

Taking down a national power grid is dangerously simple. Creating redundancy in a decentralized grid will provide more efficient power as well as power that is less likely to be a threat to national security.

What would happen if there were no more major threats to mankind? The final chapter postulates about a world that is truly free to flourish, and how energy is the capstone for this world. 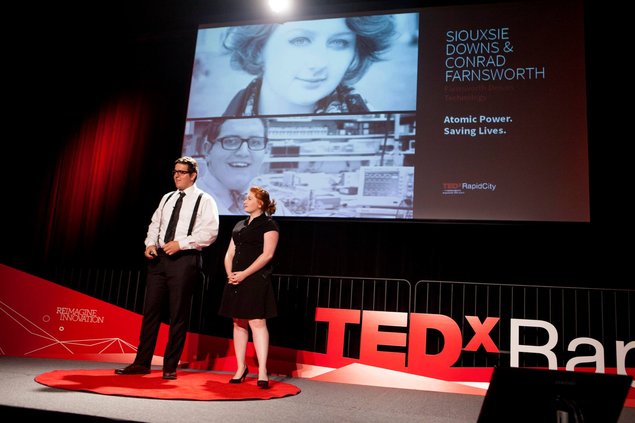 Hello, I am the co-founder and CEO of Farnsworth Downs Technology along with CTO Conrad Farnsworth. I studied Nuclear Engineering and Emergency and Disaster Management at Idaho State University. I am currently working with Conrad and the rest of our team at FDT to create a small modular molten salt reactor to be used for disaster response ad humanitarian aid. Soon, I will be working with the Army National Guard as a CBRNE (Chemical, Biological, Radiological, Nuclear and High Yield Explosives) Officer and will then work with FEMA to assist in disaster responses.

I suppose the driving force behind everything I have done in the past few years has been based around a singular purpose of trying to help individuals live freely. That is why I have always been attracted to humanitarian work, particularly when it combines my engineering, entrepreneurial, or teaching skills.

I started out working on landmine detection hardware and also founded a non-profit to help teach students the basics of American civics and volunteerism. I was able to get in touch with Pegasus Global to discuss the CITE program and possibly working on developing atomic generators for the program.

From there, I had become more interested in education as well. I became an Uncollege fellow, a finalist for the Thiel fellowship, helped create a makerspace in Colorado called TinkerMill, and started a STEM education consulting company that revamped STEM academies to focus on real world skills and entrepreneurship as well as apprenticeship.

From this, I was asked to contribute as an author to 2 Billion Under 20. After being involved in that, I was solicited to be a contributor to Startup Grind as well as to write a piece for the UN Chronicle on the humanitarian benefits of MSRs.

By the time I had helped start FDT, there were a lot of irons in the fire, and I realized that there was a concerning lack of knowledge of MSRs outside of the "Thorium Crowd." The single largest challenge facing FDT and every other nuclear power company is a lack of common knowledge about the benefits of this technology. It is my sincere hope that I can do some small part in making sure H.G. MacPherson and Alvin Weinberg's dreams and hard work are finally seen to fruition.