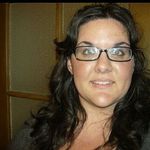 Kourtney Lowery received a bachelor’s degree in History from the University of Maryland, College Park and lives in the area featured in The Pressman's Last Notice, historic Sharpsburg, MD and the surrounding area.
She is a freelance writer and has a marketing background. Kourtney currently works at the Washington County Museum of Fine Arts as an Education/Marketing Associate. She enjoys the research process and presented a paper on "Farming Lore and Almanacs" at the Appalachian Studies Conference in 2014. This topic is touched upon in "The Pressman's Last Notice."She worked as a Research Associate at the University of Maryland, College Park and interned at the Smithsonian Museum of American History.
Her favorite subgenres include: Appalachian, historical fiction, and literature, and as they say, "write what you want to read," so she did.

I have always enjoyed history and working with the land. My family were farmers and we have now been 2 generations off the land.  Besides, writing, gardening and farming is an inherent occupation for me. Since I do not yet possess a working farm, I live out the life and struggle through Elias Stine and Eustachia Jenkins.

My environment further shaped me through its strong historical ties. I live by Antietam Battlefield and our valley was an early migration route.

I was a freelance writer for local magazine. This position allowed me to explore my region and take a turn at writing articles.

Thank you and discussion of the book.

$5 Shout out on social media

Thank you on social media

$22 Pastries in the Mail

I will send brownies, cookies, or mini-pies in the mail.

Signed copy of a printed book

Invitation to attend launch of the book at a party when it has been printed/published.

A personalized tour of the Civil War Heritage area in Washington and Frederick County, MD, Jefferson and Berkeley County, WV. Will also include Revolutionary and colonial stops.

Thank you to all who supported me for the contest. As you know, I did not reach the goal, so will continue the long way to get published.

I have included a snippet below from the story and will try to update monthly. In the meantime, for more writing, feel free to visit stopandsitaspell.wordpress.com

The squire cut him off, “I do know there is already a river that easily connects to Cleveland?. And I know that that connects to _ and to the Erie Canal and this downriver to New York City and perhaps Boston. Both [K1] markets than those,” he moved his hands to signify the wharves outside.

Puddlefink was speechless. The squire straightened his coat and collar out of pride; he was enjoying the pompous charade.

“You see nephew, the coal or food or whatever will be need for the steamships will be needed right there in Cleveland and the can or ever downstream to reach pioneers and new settlements. And if that is already there, why wait five or ten more years in litigation and more on building when I’ve got my own northwest passage?” the squire paused; Puddlefink still trying to catch up.

“So, I want to invest in Clevelandtown’s wharves and along there, and I need your eyes,” The squire finished.

Puddlefink could still not talk. He knew there would still be a market for this area, but it was nothing compared [K2]  feeding the likes of New York or the new roost out west. He had never thought to keep going west. He found his tongue and used it to make himself look ever the child. He shuffled papers on his desk and told his uncle he could discuss the situation and his holdings over supper that [K3] .

Daedalues Puddlefink did not know whom to call on first or if he should keep his bit of information to himself.

The squire did not know all of the ramifications of his and his
cronies’ actions. But, he wanted to gain more time. The squire still did
not have a complete plan to keep both capitals out of his home, but he
knew at the heart of the matter, this progress could not be stopped. But
h would not corrupt the minds of his people and friends with this
realization. They would never again be really backwards like they once
were. They would be trodden under the elite shoed neighbor. He was not
dealing with men here. He could fool one or bankrupt another, but the
idea was there, in all of “them.” Bred into them. Just as his people
were raised on the ideal of family and land above all else beyond the
mountains lay a people who had other ideals. The spirit of the country
was changing. He couldn’t exactly put it into words, because it came in
so many forms, but he could see it. It was in the exchange of silver and
bank notes; it was how so many people avoided his eye contact and wave
on the street,

I know there are louchey creatures, “ he confessed in a letter
relaying his thoughts to Glenda, but it has been this endemic? I cannot
There is this thing I cannot name that allowed men to construct a world
that permits them to come into our hamlets and towns and interrupt our
way of things. People that cannot let things be. It is a hubris that I
thought died out with the British crown on our lands. I hope it does not
stain our people. It has already invaded our family. When I think of
our poor Elsie and what she must think if she saw Daedeleus today. But
then again does that really matter? Because she is not here. SO many of
them are not here and we continue to mold their work. They are
gone and so dies their ways. I think of this and hope I have done Papa
proud for keeping our farm strong and not keeping our blessings to
ourselves. But I also think what will it matter now. My heir Daedaleus
Puddlefink of xx and he will mold it after himself. He did not even know
Papa or recognize him in Elsie.

Glenda, for all my teachings and dealings with the law and man, I
cannot stop this. I cannot stop it. And so many people are counting on
me to do such.

I need a good meal and my own bed and chair! You are handling matters at the home far better! I arrive on Thursday.