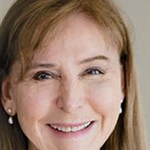 AK Blackman is a writer and poet. She has written fiction and non-fiction for many years. This is her first published novel.

A.K. Blackman is a writer and poet. She has written fiction and non-fiction for many years. She is in love with nature and the natural world and her curiosity and love of wandering have led her to many places and adventures. She has dived off Andros Island and the Caymans, taught Qigong, climbed the Inca Trail on Machu Picchu, fire-walked, built a boat, talked with elephants, slept under the stars in Botswana and in a Kalahari Ju/’hoansi Bushman village and experimented with photography. She loves trying out new cameras on leisurely eco-travel adventures. This is her first published novel.

• 1 pdf/ebook with an Exclusive Short Story from A.K. Blackman
• First run copy of THE UNEXPECTED JOURNEYS OF LAWRENCE TYRONE - A NOVEL
• Free Ebook

• 1 pdf/ebook with an Exclusive Short Story from A.K. Blackman
• A 30 minute virtual participation with Q&A with the Author A.K. Blackman in your book club
• 10 First Run copies
• Free Ebook included

The Unexpected Journeys of Lawrence Tyrone

A hard-drinking divorced man. A broken-down Harley. A strange detour to an unexpected future.

The story of an arrogant, willful man whose life changes in ways he never anticipated when he makes an impulsive decision to try out a motorcycle and crashes it on his trail ride.

Lawrence Tyrone, a professor of law with a drinking problem, is still obsessed with his ex-wife. When he finds out his brother is about to marry her, he wants to ruin the wedding but is given the wrong venue by his ex-wife’s vindictive relative.

As a result of getting totally smashed both before, during and after going to the wrong wedding, he shows up drunk and disorderly for his Monday morning class on tort law. Already on probation for past misbehaviors, he is dismissed from the law faculty and takes off to a country farm he bought on impulse years ago. Once there, he continues drinking until a pivotal incident makes him stop cold turkey. Tyrone may be an arrogant, entitled man, but he is not a fool. Too proud to ask for help, he summons up the willpower to dry himself out.

Sober and restless, Tyrone sees a ‘Harley for Sale’ ad on the bulletin board of his local supermarket and impulsively answers it. His past reckless behavior surfaces and he crashes the bike. Not wanting to be reminded of his foolishness, he stores it in his barn covered with an old tarpaulin. Until the day he capitulates and advertises for riding AND Spanish lessons, with the grandiose plan that he will ride down to Mexico, a new and different man living a different life. Juan Carlos and Henryk show up, ready to help him.

After his first Spanish lesson, Tyrone lends his car to the Spanish teacher, Juan Carlos, who turns out to be a gambling addict. As his riding lessons progress with Henryk, Tyrone feels confident enough to ride on his own and meets up with a sleepless cop on a mission. The officer is obsessed with a court case where the defendant was a man accused of killing his own son. Although the court found the man to be innocent, the officer is convinced the man is guilty and is determined to prove it.  When the officer dies of a heart attack, Tyrone is left to deal with the widow who has a hyperactive son, but Tyrone manages to extricate himself from further responsibility.

What he wants above all, he insists, is to get his car back. Even though Henryk tells him it's a lost cause, Tyrone is adamant. His new mission is to drive to his brother’s house, confront his ex-wife and reclaim his young son.

In what he thinks of as ‘the great car chase,’ he pressures Henryk, an Eastern European motorcycle enthusiast, to join him in tracking down Juan Carlos who has disappeared with the car. They are unsuccessful at the first casino they check out but Tyrone happens to catch a young teenage female trying to sneak into the casino with a fake I.D. while leaving her young child in her car.  As it turns out, she is the daughter of a former law student of Tyrone’s. Her life at home is not what she signed up for after she gave birth to her baby so she is rebelling.

Henryk and Tyrone narrow down the search for Juan Carlos by meeting up with the gambler’s sister who is blind. Henryk has been in love with her, but his hands are tied.  He has a wife and two daughters back in Europe.

Meanwhile, in trying to figure out how to track down Juan Carlos, Tyrone has a brilliant idea. His country neighbors have a dog kennel on their property. Although he has had a previous altercation with the farmer’s wife, he screws up his courage to ask her to borrow a dog.

Together with the obstinate and wily dog, named Sheba, Tyrone and Henryk find Juan Carlos beaten to a pulp in the woods near the casino they have tracked him to. Enter a young medical resident who Henryk has persuaded to tend to the gambler’s wounds at a nearby motel.

The entourage, including the resident, the gambler’s blind sister, the dog, Henryk, the teenage girl and the dog kennel lady, eventually all show up in Tyrone's country place where the wounded man is taken to recover.

At the farmhouse, forced to deal with each other, everything starts to change for this odd assortment of determined and willful characters, as if Tyrone were an invisible conductor directing the interactions. While he himself is pushed into solving the puzzle of why a man who was twice found innocent of killing his own son by the courts was thought to be guilty by the officer who gave sworn testimony against him. In so doing, Tyrone manages to finally start saving himself.