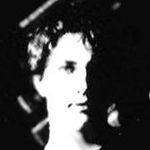 Two-thirds of the way through the month.

Progress is being made on most fronts right now. I have found an editor I think I want to hire. Thank you people who go out and get degrees. I need you.

I am continuing to learn about formatting and think I'm probably going to do it myself since the ordering is slowing down so much. I have found a couple of templates I am playing with to help with presentation. I'm also drawing up the town map. Next, I'll make a diagram for Stellar Gas, the gas station where most of the book happens.

Also, I did not do the marketing push that I mentioned last time because after further researching the people I was considering for help with it I thought differently about it. If I were to spend marketing on this phase, I'd want to focus on getting it in front of specifically readers, and not just a general campaign based on niche subjects.

I've heard some whining from third base this week about the fact that I'm crowdfunding my book. I was very surprised because I had no idea I had that mindset on my mailing list, I was really careful about that.  Too bad for them. I have been paying for all the stuff to do with this book. It's going to be around 3G that I'll spend before it's all over, not including your support. It's not inexpensive to put a book out, especially when you, and not your luck, is paying for your own efforts.

Doing a crowdfund is a mechanism not just for raising money, but for seeking approval and feeling supported. That is why you mean so much. Now, since you've shown your support.. I HAVE TO DELIVER. This works for me. Thank you for understanding. I think it says alot about the people who refuse to understand, or who do not understand that. How weird. I would have given them an ebook if all they sent me was a "good luck", or "congratulations" like so many other people have done. Perplexing mindset, isn't it? Whiny babies.

Ironically one of the themes of my book is that it's not how much money or luck that you have, it's whether you are worth a shit. What can you do with what you have? How do you determine value? Where does the extended family really end?

Some of you know that I was involved in domestic human rights volunteerism when I lived in Chicago. I could do more with 5 dollars than some organizations and some politically connected people could do with all their resources. They could very seldom perform to the effect of lessening the good guy's (me) effectiveness. I'm so glad, and so proud that I was not born on third base. I am also very glad I was able to disappoint all the right people with my volunteering. They got PAID.. and we beat them with "nothing." :) I guess I'll have to disappoint these whiny babies too. No problem. I'm good at it! :D