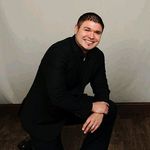 Carlos worked his way up from poverty and family crises to become the top selling sales executive and trainer/mentor for the #1 cable TV and Internet service provider in the U.S. After living the dream, he now leads the dream by mentoring other entrepreneurs, coaches, consultants, and speakers worldwide to create a perfect, message-to-market match, focusing on One thing that will create legacy acceleration systems to help others disrupt entire industries, and live congruent lives.

With his unique blend of real-world experience, business insight, high energy, and contagious good humor, Carlos helps others achieve personal and professional success and fulfillment. As his clients like to say, “With Carlos at your side, you can escape the vortex of negativity, and harness the power of your mind to begin living the life which was previously unimaginable!”

Carlos Siqueira, “The Mentor’s Mentor,” is a High Performance Mentor, Consultant, & Inspirational Speaker who worked his way up from poverty and family crises to become the top selling sales executive and trainer/coach for the number one cable TV and Internet service provider in the U.S.

After living the dream, he now leads the dream by mentoring others worldwide, with his unique blend of real-world experience, business insight, high energy, and contagious good humor, to achieve personal and professional success and fulfillment. With Carlos at your side, you can escape the vortex of negativity, harness the power of your mind, and start living the life only you can imagine.

As Carlos loves to say, “You got adapt a make personal Mindset so you can go out there and build legacies for others and yourself, by being Disruptive in your marketplace so you can live congruent lives.”

Thank you for your support of Work Like an Immigrant, I can't wait for you to get your copy!

3 Books including a Signed first edition of Work Like an Immigrant
* Bonus Video Training: 5 Keys to Unlock the Laws of Attraction
* Audio edition of book
* My undying gratitude!

You get access to a 2-Hour mastermind with Carlos Siqueira to accelerate your business, expand your network and achieve success fast!

** One Month of Mentoring with Carlos **

Meet my elite coaches, consultants and speakers as we do a deep dive to create your legacy and accelerate your success.

Each week you will get focused attention and breakthrough insights that you can use right away.

Includes 50 books to share with your clients and friends.

Upscale your financial power in order to command maximum fees and royalties. (Create income which is 1. passive, 2. cumulative, and 3. long term.)

Start, grow, and scale your own advice-based business using a system designed *specifically* for speed-to-market execution.

Also includes 100 books to share with your clients and friends.

9 Keys to Unlock Your Potential, Attain True Fulfillment, and Build Your Legacy Today

Carlos is “The Mentor’s Mentor” and works with high-profile thought leaders and celebrities to present their best self and achieve new levels of business growth and success.

Work Like An Immigrant: 9 Keys to Unlock Your Potential, Attain True Fulfillment, and Build Your Legacy Today is a memoir-meets-business book that offers readers on most any career path the inspiration, hard-won guidance, and soul-searching steps and activities to build a highly fulfilling lifestyle--no matter where you come from or what adversity you may have encountered in the past.

Part 1: My Story traces the author's journey from selling bread and dodging bullets on the streets of Brazil to earning millions selling cable TV and Internet services door to door, as well as building and managing record-breaking sales teams. It later explores the family crisis that inspired him to become a high-performance consultant, coach, and speaker, leading others to achieve levels of happiness and fulfillment they had never imagined possible.

Part 2: Nine Steps to Unlock Your Potential, Attain True Fulfillment, and Build Your Legacy Today reveals the nine-step program to dreaming big and living your purpose by taking control of your thoughts and emotions, and engaging in continuous joyful execution. Here, you discover how to harness the power of your imagination, unlock hidden resources, and over come both internal and external limitations. In addition, you gain mastery of a variety of techniques inspired by numerous self-improvement visionaries, from Napoleon Hill and Joseph Murphy to Zig Ziglar and Tony Robbins.

Part 3: Principles and Practices presents the nice principles for achieving prosperity, along with twenty-seven practical techniques for envisioning success, defining your mission, transforming negative thoughts to positive action, teaming up with a mentor, shifting focus from problems to solutions, and much more.

It’s the repetition of affirmations that leads to belief.
And once that belief becomes a deep conviction,
things begin to happen.
—Muhammad Ali

My father died in 1983 when I was only three months old. His
life ended in a horrible car accident while commuting to work in
heavy rain. e person driving the car my father was in made a
poor decision and tried to pass another car on a two-lane highway.
Unfortunately, a gas truck was traveling in the opposite direction and the two vehicles collided head-on, causing an explosion that instantly killed my father and five others.

My mother was in shock for years a er that accident. She had
lost the love of her life a er only thirteen months of marriage, leaving her with an infant to raise on her own.

Two years before I was born, my father had planned to become a priest. Fortunately for me, my mother’s alluring beauty changed his mind! He was twenty-three years old and already had his own home and a car, which is a big deal in Brazil; many people live their entire lives there without owning either one. As the manager at the local bank, and juggling courses at two colleges, I honestly don’t know how he could have possibly thought he had the time to start a family. But he was driven! Not only was he highly intelligent and charismatic, he was a humble man seeking to improve the quality of life for the kids who lived on the streets of Brazil, o en in hunger.

He taught these kids how to play music. He even set up sports
programs for them so that they wouldn’t become criminals and end up dying at young ages like so many other impoverished Brazilians. Because of his willingness to go above and beyond to help those in need, my father was loved by many. is was most evident at his funeral, where the cars of those o ering their condolences packed a quarter mile of parking spaces. People had to gather around the perimeter of my grandfather’s home because they couldn’t all get inside. The world had lost a great man.

Growing up, I was told numerous times that I was like my
father because I always loved to help and to spend time with the less fortunate kids. Though I wanted to be just like him, I also knew that I had some huge shoes to ll.

I never got to know my father, but I knew enough of him
that he was my role model growing up. I never wanted to
live the life he led, but I wanted to have a big, kind heart
like his, to make a positive impact on the world like he
did, and to earn the respect and admiration of others. Even
though he was not present during my childhood to guide
me, his presence was made known by all the stories my
mother and others told me about him, and that served as a
positive influence over my conduct and decisions.

Having a role model gives you a vision of the kind of
person you want to be in each aspect of your life. You may have
multiple role models—someone you admire in the business
world, someone who parents better than anyone else you
know, a community leader who has made a positive impact on
the world, and so on. It’s important to have a clear vision not
only of what you want out of life, but also of the type of person
you want to be. Role models can help with that.

Soon a er the death of my father, my mother got a job while
nishing her last year of high school. My grandma and her
sisters, all of whom also had jobs, took turns caring for me while
my mother worked tirelessly to keep up with the bills and her
schoolwork. A er graduating high school, she decided to work
instead of going on to college, because she didn’t have the time
and money to attend college and raise me at the same time. She started selling food (empanadas, specialty breads, and sweets) to businesses and to strangers and friends, essentially feeding others to feed us and keep a roof over our heads. She did that until she met my stepfather in 1986, when I was three years old. They started dating and later moved in together.

My mother also began to sell clothing. She would travel for days
on a bus to other states in Brazil to buy clothing at low prices, and then she would return home to sell it door to door to businesses and families. e clothing business didn’t go so well, however, so she focused diligently on selling food and specialty breads. She also catered certain holidays for families that didn’t want to cook, going to their homes to cook and serve the food. Unfortunately, that meant she had to sacrifice holidays with her own family.

My mother was relentless; she did whatever it took to keep us afloat because she didn’t want to depend on my stepfather for money.

He had many kids with other women’s, so he had to help support them as well. He certainly had his hands full—I remember them arguing a lot about money, and he would be gone for days leaving my mother crying at home.

I suspected he was a player and was still seeing some of the other women he had kids with.

One day, when I was about six years old, a woman showed up at our home with two small children. She seemed angry, and she told me to get my stepfather. I told her to go away, that he wasn’t there. I knew then that my suspicions about him were correct. I couldn’t understand, even as a child, why my mother would put up with that, but I guess she loved him. (Now that I’m older, I kind of understand why people in love do crazy things!) Even when she was dealing with that chaos and the emotional pain it must have caused, she continued to work tenaciously to pay the bills and keep us all fed.

On the Sundays she wasn’t working, she contributed her time
to a project my father had started. She and my grandma would help pick up kids in the streets who didn’t have families and bring them to shelters where children could stay if they didn’t have a home. They would also teach those kids how to cook and bake bread, sew clothing, and read, and they gave those kids a whole lot of love. My mother and grandma would make them laugh by telling them funny stories and doing whatever else they could to shift their pattern away from violence and crime. In Brazil, that was a common pattern: kids without parents or other guardians o en grew up to become violent criminals, because that was the only life they knew. My father, mother,
grandmother, and the others who helped tried to show those kids that a better life was possible.