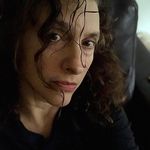 Elizabeth Cosin’s detective character Zen Moses continues to capture the attention of fans 20 years after she burst onto the mystery scene. Now she's back!

Elizabeth Cosin is the author of Zen and the Art of Murder and Zen the City of Angels, both by St. Martin’s Press.  Zen and the Art of Murder was critically acclaimed by a number of reviewers including USA Today, the SF Chronicle and the Washington Post and was a starred selection in Publisher's Weekly. The sequel, Zen and the City of Angels, made the the LA Times bestseller and led to the series being optioned for TV by Paramount/CBS. Cosin is a veteran TV writer (Law & Order: Criminal Intent, 24) and a former award-winning journalist and sportswriter.

Her novels have been praised by some of the leading writers of the genre, including Michael Connelly, Robert Crais, James Hall, April Smith and James Lee Burke.

Pre-order digital copy of the third Zen novel and get ready for her first adventure in nearly 20 years!!

Pre-order a single printed copy (soft cover) that you can show your friends to convince them the author isn't dead.

1 digital download of the new Zen novel and a signed, limited edition and number display poster of the cover. Only 30 available.

Pre-order a signed print (soft cover) copy with my autograph which adds like $5 to the re-sale price.*

Get a signed and number collector's edition hardcover. These are limited edition copies designed by me and limited to 100 copies. When my career blows up again (in a good or bad way) this book will surely be a valuable addition to your mystery library. And it's pretty!

Pre-order 3 print (soft cover) copies. One for you. Two for your friends.

Pre-order 10 print (soft cover) copies. Do it so you can brag to your friends that you made me famous again.

I will name a character after you and give him or her a special quality of your choice (within reason — it has to fit the plot. We’’re talking a hobby or your favorite sport or the dish you’re most famous for cooking, etc.)

Includes a print edition of the book personally signed by me.

This is your chance to be in THIS book as a character which is like being immortal, if you think about it. Or not.

25 print (soft cover) copies, including a personally signed copy and a signed and numbered cover poster
* Note that a limited number of posters will be available and may not be available so get your order in early. :)

Think of the people on your gift list who are wishing for a signed copy of my book. Think harder.

$500 Wine Country Dinner with the author

Dinner with the author in beautiful Sonoma wine country (trip costs not included - you get here and we’ll feed you). Enjoy a lovely dinner at a local wine country restaurant of the author’s choice. A selection of dates will be offered and we will try our best to accommodate your schedule.

Includes a signed print copy of the novel.

I'm actually a really good dinner date. Also: i live in the middle of foodieville so this will be a meal for the ages, no doubt.

50 print copies, including up to 5 personally autographed and a signed and numbered cover poster
* Note that a limited number of posters will be available and may not be available so get your order in early. :)

You could be my best friend.

100 print copies, up to 10 personally autographed and a signed and numbered cover poster
Also included is a personal acknowledgement for being so amazing and incredible and generous. Yes, you!

* Note that a limited number of posters will be available and may not be available so get your order in early. :)

My best friend ever. And at a discounted rate. Do the math.

Thank you to all who have ordered. Please share my link with your friend - I’m about a third of the way there. ❤️❤️