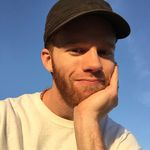 Subscribe now to get early access to exclusive bonuses for my upcoming book, 1 + 1 = 2 MANY, when it launches.

+ Thank you inside the book!
+ Personal thank you from Daniel.

Lessons I Learned About Drunk Driving, Overcoming Loss, and Recovery

1 + 1 = 2 MANY details my experiences and consequences of drunk driving, the loss of my best friend and my recovery.

Why I Wrote The Book

I began writing 1 + 1 = 2 MANY at the beginning of 2015. The desire to tell my story had been building for some time and, as you'll read in the book, was really ignited with the death of my best friend. Paul died in a freak accident at age 21 and his passing forever changed my life. Paul's death is important because it was the turning point in my life. When most people think of death as a turning point, usually it is viewed with a negative connotation, but for me, his death provoked me to reevaluate my life.

Up until the day Paul died, I was living the party life and it was an incredibly crazy lifestyle. Now this itself would not be significant in and of itself, however I was just coming off my second driving-under-the-influence (DUI) conviction. I had been living this lifestyle for a year and a half. Nothing stopped me – not the first DUI and car accident at 80mph after I fell asleep at the wheel, not second DUI, not being a passenger in another DUI stop, and not losing my license and a significant amount of money spent on lawyers and court fees.

But when Paul died, the world changed. Although I sunk into a massive depression on the inside, I reacted in a positive manner outwardly. Instead of drinking away the memories, I channeled in my energy into my work, family, friends, and most importantly, finding God.

In an attempt to save youth from making my mistakes, I decided it would be my mission to educate them. I am not far removed from them in age (24) so I believe that will help connect me with them. Hopefully, by hearing my story, they consider making healthy decisions.

Educators and youth group leaders will benefit heavily from the content in 1 + 1 = 2 MANY as will parents and counselors. The book covers topics everyone can relate to, but it especially useful as a guide for teenagers and young adults. The driving force behind the book is the desire to make a difference and to convince youth to consider the ramifications of their decisions.

Moreover, 1 + 1 = 2 MANY at its core is motivational. The audience will discover both the self-imposed difficulties I faced as well as the external difficulties, namely the loss of Paul. Building off these experiences, I provide recovery techniques that give hope even in the darkest of times.

The title itself it a lesson which I demonstrate by using basing arithmetic and algebra. Building off my experience in the area of game theory, I illustrate that life is already complicated enough; adding another complication such as drinking and driving creates too many problems. Game theory is central to the lesson of decision-making. It proves that even if there is a strong chance of nothing bad happening (car wreck, injury, death, etc), the negative consequences far outweigh any perceived benefit. In my game theory model, two options are weighed against each other using probability of either happening and the rewards (positive or negative) of each option.

My primary objective is to secure publication with a major publisher so it will reach a broader audience. However, if I am unable find a major publisher to publish it, I will self-publish using the money as follows:

Alongside the book, I am already offering public speaking engagements for schools and youth groups. Currently I am book for several schools in April 2016 and I anticipate booking more for early next year soon. My public speaking engagements offer the ability for me to share my story and connect on a personal level with teens who are most in need of alcohol education. They also offer me the chance for me to promote my book which is vital for sales.