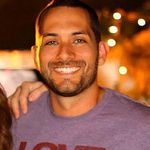 Born in the wonderful state of Virginia, Aaron spent his childhood splitting time between Venezuela and the U.S. Growing up bilingual; he was exposed to two very different cultures. The third world, crime riddle culture of South America and the over-privileged and political culture of Washington D.C. After graduating from Virginia Tech, Aaron moved to Los Angeles to pursue a career in storytelling. Constantly putting the pen to the paper, he found a writing home on the TNT show "Leverage", where he penned the fan favorite "The First contact Job". Following a two year stint on the show, Aaron moved on to more personal endeavors in both film and books. After writing and directing the acclaimed "In Sickness and In Health", he flipped the coin over and wrote the children's holiday picture book "Santa's Plight". Most recently he has been working on his young adult dystopian series of books, "Gene. Sys." The first book of the series, "Gene. Sys." was released in late 2014. He is currently writing the follow up, "80."

So check under your car seat and between those couch cushions!

PLUS a unique "Gene. Sys." bookmark with chain.

I'm okay with you using the bookmark in other books, I guess.

Receive PAPERBACK versions of both books! ("Gene. Sys." & "80")
A bookmark.
PLUS your name acknowledged in the book!

I mean who doesn't like the smell of that freshly printed paper?

Everything in the Silver Reward, PLUS I will sign and write a personal note in one of the books!
PLUS your name acknowledged in the book!

Receive HARDCOVER versions of both books!
("Gene. Sys." & "80")
A bookmark.
PLUS your name acknowledged in the book!


They make excellent doorstops as well!

Everything in the Gold Reward, PLUS I will sign and write a personal note in one of the books!
PLUS your name acknowledged in the book!


If you want, I can forge JK Rowling's signature!

Plus I will sign and write a personal note in one or all of the copies!


Keep them all for yourself, or give them as gifts!

PLUS PLUS:
Two framed original and unique notecards that I used when outlining the book "80" (These are my personal notecards that are currently on my wall)

A signed copy of the script from the episode of the TNT show "Leverage" that I wrote.

Two 30 minute skype sessions/lessons where I will answer any questions you may have about writing or life in general.

PLUS PLUS PLUS (and this is the best part!)
I will name a character after you in this new book!

Disclaimer: Partridge and pear tree are not included in this reward.

A young clone by the name of 80 is awakened to the beauty of life and starts a revolution to try to stop a forced nuclear apocalypse.

"80" is the follow up to my young adult dystopian novel "Gene. Sys." in the series by the same name. It follows the fate of a clone named 80 that was given a second chance at life when the main character in "Gene. Sys.", Atom, spared his life. Originally created as a military drone, his existence boiled down to four basic instincts: Eat, Sleep, Protect, Die. When his last instinct was interrupted by Atom's compassion, 80 began seeing the world in a completely different way. He wanted to live, experience and explore. Most importantly, he wanted to stop the scientists that were going to set off a nuclear apocalypse to end humanity, from doing just that. So he takes it upon himself to start a revolution that will eventually send him back to the compound where he was created to stop those who created him from destroying the world.

WHAT YOUR PRE-ORDER DOES:

Along with getting you one of the various sets of rewards, your support will help with-

Hiring a top notch editor to make sure the final product is at the highest standards.

Hiring a great cover artist for this book.

Producing and distributing the books and other rewards.

Marketing and promoting the book.

The book will be structured similar to the first book in that it will be told in the first person point of view.

The book begins with our title character, 80, being led to a dungeon, where he will be kept until the scientist decide what to do with him. His life had just been spared by the golden child of the scientists, Atom. They had promised him that they would not kill 80, even though he betrayed the rules of the compound where they both currently reside. In the dungeon he befriends a young girl who is part of a resistance known as the outsiders that comes from outside of the compound.

Because of  her he begins seeing life in a different way. He sees the pain and suffering that exists within the world, but he also sees hope through the girl.  Unfortunately her hope is short lived as she is killed and 80 is exposed to the concepts of loss and death.

He is shipped off to the other side of Africa, to Nigeria, where he will be assisting in the building of a bunker in Lagos that is supposed to withstand a nuclear apocalypse. While there he befriends numerous outsiders and begins to appreciate everything life has to offer. He meets a girl by the name of KJ and quickly falls in love. Her youthful spirit has him risking his life for this forbidden, Romeo
Juliet relationship. The outsiders don't want her fraternizing with anyone involved with the nuclear apocalypse and the scientists don't want him anywhere near her.

The lead scientist in charge with the bunker finds out about 80's relationship and immediately send out a team to exterminate KJ and her family. 80' does his best to fight off the attackers but fails, escaping before he is also killed. Enraged, he begins recruiting outsiders to start a revolution. He also starts to convert other drones to his cause by giving them near death experiences like he had, so they may see the world differently.

Soon after, he and the drones get shipped back to the compound in Egypt where they are in need of added protection. They keep their intent hidden, until the opportune time where they are able to coordinate an attack on the compound with the outsiders and other sympathizers.  They attack relentlessly in the hopes of stopping the nuclear apocalypse. Will they succeed?

The target market of my book resides between the early teens and mid twenties. This group tends to be the most enthusiastic readers of the dystopian genre and are always looking for the next great series. The become big fans of characters within the books and often influence authors to explore more on these characters as was evident with the book "Four" in the "Divergent" series.

In fact, the fate of the main character in this book was actually changed because of the fans' engagement with me on social media during the writing of the first book. Originally 80 was going to be killed off, but due to overwhelmingly positive response, his life was spared and he is now getting his own book that offers a different perspective to the first book in the "Gene. Sys." series.

With the target audience of my book falling mostly in the early teens to mid twenties, I focus the majority of my marketing and promotion through social media. With over 125,000 twitter followers and followers on the other social media sites (Vine, Periscope, Facebook, Instagram) ranging from 500-6,000, I will be promoting my book to almost 200,000 people daily. The built in fan base from the first book in the "Gene. Sys." series will also be promoting the book as they are anxious to read more of the series.

On top of the social media following, I have also begun a writing advice blog on YouTube called Write Right that is gaining subscribers every day.

A few other ways that i will be promoting the book and the campaign is through attending various book fairs around Los Angeles and attending Comic Con in July.

Lastly, I will be donating bookmarks and books to various reader subscription boxes in order to reach some of the most avid bibliophiles around the world!

Some books that would be found in the same genre and deal with the similar topics of dystopian futures would be:

Do Androids Dream of Electric Sheep

As there are many books in this popular genre, I am sure that there are numerous that I have missed. Though there are many differences, the biggest one that sets my "Gene. Sys." series, and subsequently this book "80" apart, is that this series is a pre-dystopian series. It focuses primarily on how the old world comes to an end and what leads to the hopeful dystopian society.