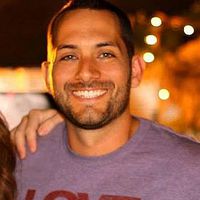 A young clone by the name of 80 is awakened to the beauty of life and starts a revolution to try to stop a forced nuclear apocalypse.