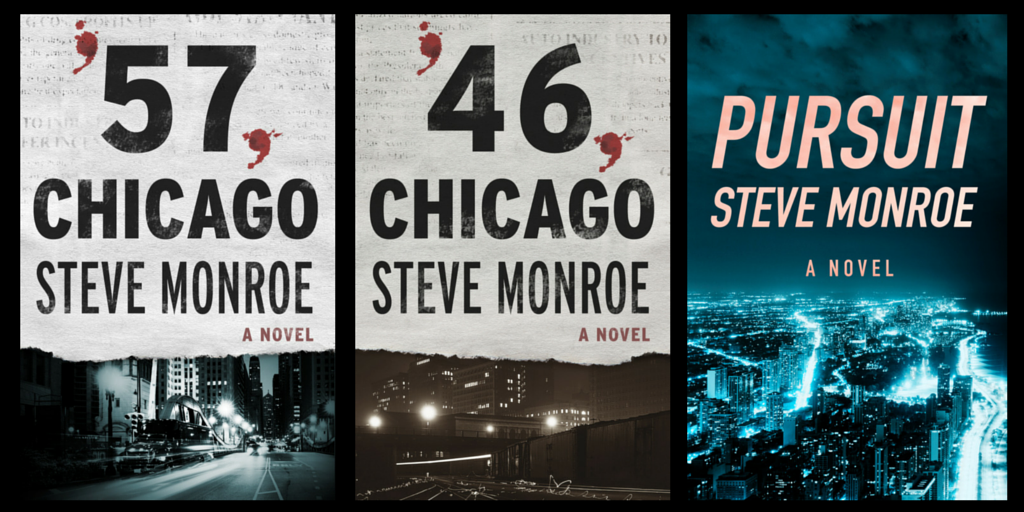 Can you tell us a bit about yourself? And how did you start writing novels?

I’m a Midwesterner but now split my time between Chicago and Seattle. I lived in Kansas City for sixteen years and after graduating from the University of Kansas, I went to work –but began thinking of a story I wanted to share. At that juncture, I simply didn’t know enough to write the book that would become’57, Chicago. That story would be set in a big city and since K.C. was the biggest city in which I’d lived, I couldn’t write the story with confidence. But, after I moved to Chicago in 1992, I began outlining and researching the novel. I ended up sending the manuscript to a buddy that lived in Hollywood and he shared it with a young producer that ultimately sold it to Miramax Films. Miramax optioned the movie rights and their subsidiary, Talk Miramax Books, published ’57, Chicago and my next book, ’46, Chicago. A few years later, they folded into Disney and Que Sera Sera.

Your books all center heavily around detailed accounts of criminal enterprises, with Pursuit focusing on a crime family known as “The Outfit.” Are there any particular stories or incidents that influence the creation of your novel?

The Outfit is actually the term used for the Chicago mob. The genesis for this story comes from events that led up to Operation Family Secrets trial –the trial that basically took down The Outfit. The F.B.I. pulled back surveillance on some mobsters prior to their indictment in April, 2005, and two, Joey “The Clown” Lombardo and Frank “The German” Schweihs fled. They ended up finding Schweihs, who was an alleged sinister mob hit man, in a small town in Kentucky. He was in his 70s but all I could think of was how creepy it would be to find out that the old man sitting at the end of the counter in the diner each morning was actually a ruthless murderer. Then, I started thinking about a story in which that character didn’t leave Chicago, but, instead, committed a murder and then wove his way downtown to do something… During my research, I found a quote from Sophocles that I saw in a number of homicide detectives’ offices: “He escapes who is not pursued.” That was really the theme of the novel.

Pursuit is the first of your published novels to take place in modern-day Chicago. What drew you to the years 1957 and 1946 for your earlier Chicago series, and how is Pursuit different from those novels?

’57, Chicago was my first book. I’d been thinking for a long time about writing a story about a bookie and I wanted to put him through hell. The best way to do that was to put him on one side of a bet (a no no for bookies) and thus I decided to use the 1957 NCAA basketball championship game between North Carolina and Kansas, that went triple overtime. Lo and behold, when doing my research I found out that the semi-final game that year between Carolina and Michigan State also went triple overtime so I ended up using that story. What I like to do is take real life events and create my fiction around them. ’57, Chicago was a great example, but during my research I also found out about the real life murder of banker Leon Marcus and that became a key ingredient in my story. ’46, Chicago was another example of a story that is fact-based-fiction. I took the real life kidnapping of policy racketeer Ed Jones and had my mystery take place in the seven days he’s held for ransom. Pursuit, on the other hand, is not based on fact, but everything in the background is basically true. For example, there is a homeless person that says, “Good morning young man, good morning, young lady…” that is part of the story. I used to walk by such a guy every day on the way to work.

What difficulties did you encounter with the attempts to get your previous books adapted to film? What should authors be aware of when their book is going to be adapted to film?

I am lucky because I have followed Hollywood my entire life and thus had no expectations. For example, when the producer attached to ’57, Chicago called me with someone from Miramax Films from the Cannes Film Festival to say they wanted to option the movie rights and publish the novel, the producer said, “I’ll call you right back.” He called two weeks later and I immediately put him on hold. When I came back on the line, he said, “What was that about?” I replied, “You told me two weeks ago you would call me right back. I had to take a leak.”

The producer hired a writer to write the adaptation that was from Great Britain. Super guy; I liked him a lot. We chatted before he wrote the adaptation and I told him I knew he’d be changing the story and I could live with that. He asked me several questions about the characters and one was about Jack, the wheelchair-bound cop. I told him Jack was based on a couple of real people and that my fear was that people would look at him as Ironside (a television character played by Raymond Burr). Well, when he let me read the first adaptation, he made Jack an able bodied, dirty cop. I asked him why and he said, “I didn’t want people to look at him as Ironside.” Lesson learned. Never put such a thought into the screenwriter’s mind. Let them figure it out themselves. I asked the screenwriter to give different names to the characters he’d changed and he did so. Subsequently, though, Miramax told him to change everything back to the novel.

My advice if your book gets an option and someone is hired to write a screenplay: Give up your ego when it comes to your material and don’t plan on getting paid the big money. When your novel is optioned, you typically get a decent check up front but the bulk of the money comes when they start filming. Most of the time, they ain’t gonna film it.

This next book is self-published but distributed by Open Road. Thus, I’m responsible for marketing. I hired a brilliant marketing group and one of the things they suggested was giving crowd-funding a shot. My assumption is that it will introduce me to a broader audience, and would be perfect for book clubs. It’s also a fun way for readers to purchase a book and get more from their reading experience. For example, I always thought it would be great if a book club purchased a package that included a Skype session and, say, read ’57, Chicago and wanted to learn about sports gambling. In the little scenario I created, a woman would listen to me explain and entertain and then when she’s at home with her hubby and he’s getting ready to watch the NCAA basketball tourney, she could mutter to him, “I can’t believe Duke is giving two and a hook.” Or, “Prop bets are for idiots. But color me stupid, I’m gonna parlay three of ‘em.”

Over the years, I’ve had the chance to engage with readers and it’s been fun. Crowd-funding offers a bit more of that same opportunity. It also gives me an opportunity to expound on some of the research I did and the stories surrounding the publishing/Hollywood experience. For example, I was told by a guard at the gate to Paramount Studios that I was the only one he’d ever seen pull up to the gate in a taxi. Anyone that buys a package that includes a Skype session can hear those stories –or ask any questions… 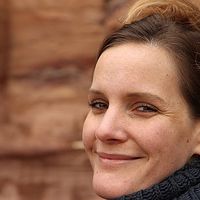 This book provides insights as to why there is no gender equality at work. We provide an accessible and practical guide for women and men to improve gender equality, embrace ...