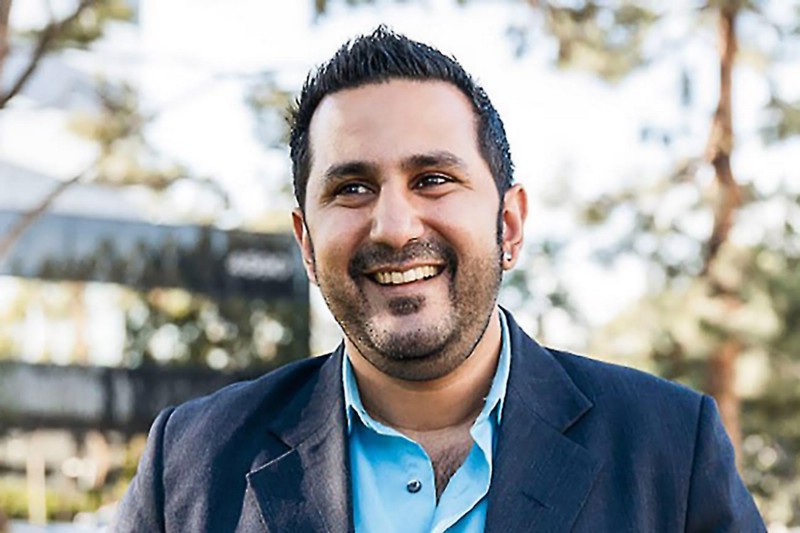 Ash Kumra’s book is based on the idea that everyone can start a movement.

At the end of last month, media entrepreneur Ash Kumra was on the phone with a recently introduced connection who runs several Silicon Beach programs. He meant to introduce his latest venture, an entrepreneurial media platform called Youngry, only to find that this heavy-hitter in the Santa Monica entrepreneur scene had already heard about it. It was all over her Facebook feed. Earlier in the Youngry launch campaign, an investor in Phoenix was inspired after hearing Ash speak on a radio show, invited him to speak at events and introduced him to a group of entrepreneurs and investors.

The launch of Youngry has started a movement, and has done it organically without spending any money on getting attention. Their traction comes from like-minded people who believe in their cause of uniting entrepreneurs and who want to participate in the movement.

All its growth happened within this year, starting when Ash, a speaker, author and two-time White House award-winner, realized that his work was unaligned with his inner purpose and continued to be unfulfilling for him. Tying his passion for media with his passion for being a creator, he decided the change that he wanted to create lie in sharing the stories of entrepreneurs who are making change themselves.

“When that moment happened — that was like January, February this year — I stopped doing everything else.”

His business wasn’t always something that garnered everyone’s support. When he was first pitching it as just an e-commerce entrepreneur content site, no one had a reason to care. Ash had to rethink how he was going to communicate his vision. He wanted Youngry to showcase local game-changing startups and to empower anyone with a story to be a content contributor.

“Editorial sites out there are very one-way. They’re telling you what is hot and what is not,” Ash said. “We’re telling people to believe in the idea that entrepreneurship, like sports, is a culture. It’s a movement of it’s kind that makes the world better.”

Ash realized that the mentors he looked up to were successful because they each had created their own movements. So he launched Youngry not as a product, but as a message, and one that was going to grow louder, if people wanted to be a part of it.

“When we did that, we were just like, ‘Okay, this makes sense.’ And then people fell for the movement, they joined the train. They hosted their own events and invited us to come. It’s just interesting that the less we care about the outcome and the more we just focus on making a sound vision, the more abundance comes.”

Youngry just completed its launch tour, which included 20 events across eight cities. According to Ash, in the last three months Youngry has had more success in terms of monetary potential, national impact and personal fulfillment than the last five years of his entrepreneurial career.

One of the inspirations for Ash’s book, the CEO of the fitness brand ViSalus Ryan Blair, created a movement with 90-day fitness challenges. This in turn inspired the ALS Association’s Ice Bucket Challenge of 2014. In an interview at a Youngry event, Ash asked him how he created a movement.

In what Ash calls the “entrepreneur generation,” consumers are increasingly wanting to buy stories and messages, not just products. While the concept of businesses creating movements has been around for a while, he argues that it’s time to make this more accessible to everyone.

“I think now it’s time to teach others to create movements, instead of having a select few create them. Instead of my partner [Ankur Garg] with Shreds or Ryan with ViSalus, or what I’m doing with Youngry, it’s time for everyone individually to be able to create a movement of some sort. And if all of us create movements, the economy’s going to be amazing. That’s why I call the book The Movement Economy.”

The format of the book will allow him to spread his message as a template. Ash wanted to make his message tangible and timeless, and chose Publishizer as a publishing route because of its crowdfunding model, similar to the equity crowdfunding that fuels Youngry. Because of a new equity crowdfunding law — Title III REG CF, which passed in May — the Youngry team was able to reach out to both accredited and unaccredited investors ontheir Republic.co platform.

The Movement Economy by Ash Kumra
This book was inspired by Youngry CEO/Co-Founder Ash Kumra’s national entrepreneurship movement that spanned over 100…publishizer.com

The Movement Economy is going to feature the perspectives of various influential people and provide a comprehensive understanding of every element of a movement-based business: the inspiration, the vision for the outcome, the launch method, the audience, and organic development. Here are some of the ideas Ash touches on:

Is your business passion- or trend-based?

“Some of the failures that I’ve had have been because I was a trend-based entrepreneur, and I wasn’t a passion-based entrepreneur. If you’re passionate about something, you don’t really care about the money opportunity. And when things aren’t right, you’re not going to drop the business, you’re going to pivot the business to make it better or learn from it. You’re going to want to make money, but it’s not the only priority.”

The “give back” vision: this is bigger than you

“The movement is not about me or my founder prospering or showing that we know how to create something genius, it’s more about ‘you’re part of the movement, let’s change this together.’ I like business models that are profitable that can also give back. We’re in the business of helping entrepreneurs succeed. The more money we make, the more we can scale our business and make that vision happen, and I think people see that.”

How to be disruptive with how you make money

“Equity crowdfunding is a way for people to invest in a business, support it and own a piece of it, so you can say you helped make it happen. I think this is a great opportunity for businesses who don’t necessarily need traditional financing services. They can ask their core audience, their core sales people, their core partners, say, ‘Hey, back my campaign; you believe in this already. Let’s make it happen together.’”