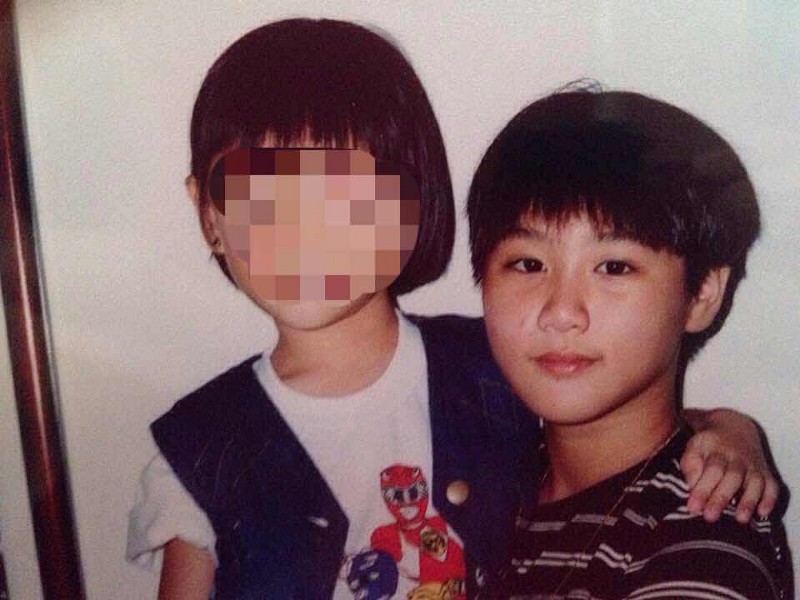 By Tian Daphne, Head of Communications at Publishizer

Growing up in a traditional family in Singapore, gender roles were rigidly fixed, and homosexuality was never discussed. It was extremely painful for me, a perpetually bruised and scabby-kneed tomboy, to be forced into pink, flouncy dresses and made to sit like “a proper lady”. By the age of 8, I’d decided that I was a better boy than most, and came to the conclusion that I was most definitely not a girl. I wore my hair short, climbed trees and was delighted whenever I was mistaken for a boy.

I experienced my first profound sense of disillusionment (and horror) when puberty hit and turned me into an unrecognizable stranger. There were those awkward talk about “THE MENSES” and “THE BIRDS AND THE BEES” that barely registered in my terrified 11 year old brain. I mean, what the hell was I going to do with breasts, bras and all that blood?

But with time, I slowly but surely discovered the intoxicating power of the feminine, starting with my male cousins who were somehow terrified by “THE BRA” and “THE PAD”. Whenever they got too annoying or overbearing, I found my new weapons to be highly effective at chasing them off as I launched (unused) Kotex pads at their heads like grenades.

In the ensuing years of adolescence, a hazy awareness around the LGBTQ community began to take form as I met and befriended butches with their short cropped hair, bound chests and baggy jeans, and beautiful, slim boys who wore immaculate make up and heels much higher than I dared try. I was initiated into a secret world that most adults I knew chose to ignore or vehemently denounced.

Before I even understood the term “discrimination”, my heart broke over and over again for my gay friends. For their unrequited love, for clandestine affairs broken up by angry parents, for families that refused to acknowledge who they truly were, for those that had been disowned by their families and turned into the streets, left to fend for themselves. It was completely unreasonable to me that you could stop being family, stop loving someone, because of who they chose to love.

In the conservative society and family I grew up in, “the gays” were only ever mentioned in passing comments that seemed filled with disapproval and derision. There were no gay characters in books or films, and the only ones I came across in the news were those that had been arrested for “lewd acts” or “deviant sexual behaviour”.

Yet, my gay friends were loving, caring people who were totally normal human beings who taught me so much about acceptance, resilience and authenticity (well, and make up). We had the same fears and hopes, we hurt and loved with equal measure, and like me, they were trying to figure out their place in life. The only difference I could see was that they had many more problems that I did.

From the Stonewall riots in the 1960s to the legalisation of gay marriage in 2015, the fight for LGBTQ rights has seen some progress over the years. I’m a lover of all things rainbow, and a rabid supporter of equal rights for all — but it remains clear that true equality is still a long way ahead.

Anti-gay laws in Russia allow for the torture of gay teenagers and the detention of foreign citizens believed to be gay or “pro-gay”. Similar discriminatory laws in Africa mean increasing persecution and violence against the LGBTQ communities there. There are still more than 75 countrieswhere homosexuality remains criminalised despite growing international support for change, and homosexuality remains outlawed in Singaporetoday.

I spoke to Vanessa Clark, author of The Man On Top of the World, who told me, “As trans, intersex, and pansexual, writing has always given me the confidence to be myself not only on paper, but out loud on social media and in person. If it weren’t for writing, I wouldn’t quite know how to be myself at the forefront of my convictions, my beliefs, and my moods, and to share that in my writing and in the cyber world. LGBTQ literature not only gives us that platform to have our voices heard, but also shines light on the voiceless.”

In a global political climate that feels increasingly tense and divisive, it’s so much more important now to have continuous dialogue for more inclusive societies. After all, the roots of modern civilization can be traced back to early humans learning to coexist together in communities. Human sexuality and gender identity are incredibly diverse and dynamic, and the last I checked, it stood at LGBTQIAPK. But I bet there are folks out there who still aren’t covered by all those letters. Create your own definition if none exists for you, because there are others out there — just like you — who need to hear your story to know they are not alone.

As Anna Pulley, VICE contributor and author of The Lesbian Sex Haiku Book (with Cats!) puts it, “We absolutely need more LGBTQ books and authors, not simply because diversity is vital and necessary and the most effective way to combat intolerance, but also because if we don’t tell our stories, nobody else is going to do it for us. Queer books and queer authors are yet another way we can reach out to each other and to the world and say, “I see you. You matter.” That’s no small thing, it’s a lifeline.”

I work with Publishizer, a platform that helps authors find publishers through preorders. In January, we hosted Queerly Lit, an LGBTQ book proposal writing contest to help find and amplify LGBTQ voices. I am proud of the difficult work we do here at Publishizer, because I believe that all colours in the rainbow spectrum of our existence needs to be represented and seen. We can’t help everyone, but we’re trying.

Cecilia Perez-Matos, out-lesbian daughter of the former President of Venezuela, has survived insurmountable odds, including political coups, gay-bashing, and cancer. Winner of the Queerly Lit USD2000 cash prize and a 1 year membership with ProWritingAid, The President’s Daughter also garnered 510 preorders, US6375 in funds and attracted the interest of 9 publishers.

Find out more about Publishizer’s Book Proposal Writing Contests. Our current contest, Up the Rabbit Hole, is seeking submissions on consciousness, spirituality, psychedelics, entheogens, plant medicines or alternative therapies? Send in your proposals, fellow cosmonauts. Let’s ride the next wave of human consciousness together.

Musings on the future of traditional publishing

Subscribe to receive our monthly newsletter, for news, updates and bonuses.