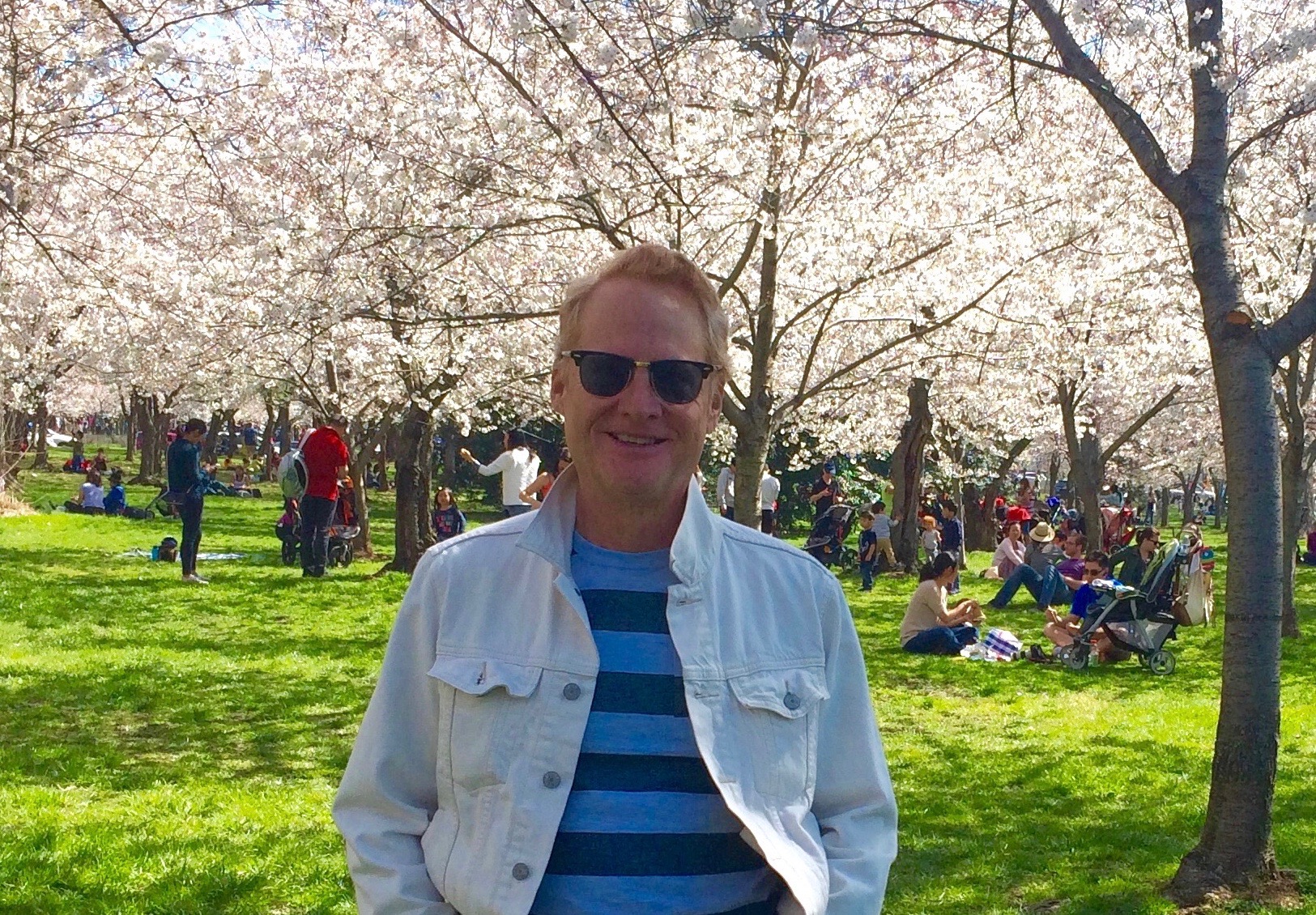 The meeting with accomplished screenwriter and film professor Stu Krieger happened to fall on a biblically rainy morning in Washington, DC. Trudging through the deluge from my Metro stop to the University of California's UCDC satellite campus, where Krieger is teaching this semester, I made it only halfway before having to duck into a café, hopelessly soaked. I had time to spare before heading back out, but the anxiety of talking to a well-known, expert storyteller and Hollywood veteran slowly began to soak in like the water that dampened my clothes. But watching the rain as it pounded the sidewalk outside, I realized I didn’t have anything to worry about because I’d already met Stu Krieger. In all likelihood, you have too.

While he spent much of his career as a prolific screenwriter for the Disney channel, where he penned several of the station’s original movies like Zenon: Girl of the 21st Century, Smart House and other titles still beloved by nostalgic millennials, Stu Krieger’s best known work is his screenplay for the animated classic The Land Before Time. This late Cretaceous period adventure of plucky young anthropomorphized dinosaurs was a story that left an indelible mark on me, not to mention the rest of the generation who grew up after its release in 1988. As the rain blanketed DC, I remembered what is often considered the most memorable scene. After an intense t-rex attack and a massive earthquake, the young brontosaurus protagonist Littlefoot is separated from his mother. When the quake is over and he tries to find her, the sky becomes darkened with gloomy clouds. By the time he finds her, gravely injured from her run-in with the t-rex, sheets of rain are mercilessly descending on them. As it becomes clear that the brief exchange they share will be their last, Littlefoot’s mother speaks her final words over the thundering downpour, words that never left me after I heard them: “Let your heart guide you. It whispers, so listen closely.”

After braving the storm once more to reach the UCDC building, where the man who wrote those words was waiting to greet me with a welcoming handshake, there was an undeniable sense that I was in the presence of someone I’d known since childhood. That’s what makes Stu Krieger stand out from so many others in the entertainment industry: his voice as a writer is so authentic that his work can be viewed as a direct extension of his personality. Throughout his career, he has always opted for sharing personal truth in his stories rather than catering to the flippant studio demands that often suppress creativity in Hollywood.

Even since his own childhood and adolescence, Krieger actively sought out a life that allowed him to develop his personal passions and live according to his own values. This established him very early on as an outsider, especially growing up in a “household of jocks.” While the rest of his family focused on athletics, Krieger found it impossible to join in that lifestyle. “Every time I tried to do anything I could to fit in that box it was like: ‘that’s not working, it just doesn’t fit.’” 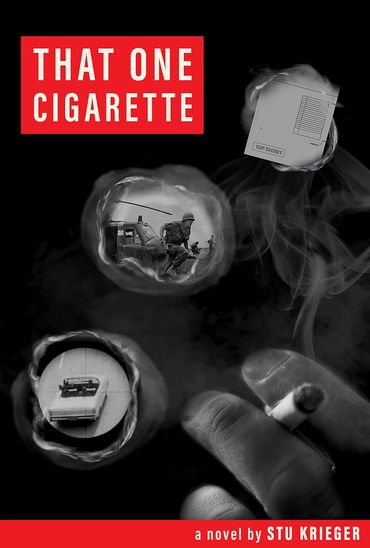 It’s no surprise then, that after decades of answering to the demands of the studio system, Krieger is ready to try something entirely new: a novel. “In my career in film and television,” he says, “I was always writing to two kinds of deadlines: one was physical, as in, ‘we need it by Friday.’ The other was, when writing for television, if it was a one-hour drama you can only tell your story in 60 pages. If it’s a half hour you have 30 pages to tell a 22-minute story. So it was really constricted. The idea of a novel that was so exciting was: ‘just write it!’”

Krieger’s novel, That One Cigarette, is set in an alternate history in which an accidental hero stops the assassination of John F. Kennedy in 1963. The story then traces the ensuing ripple effects from the perspectives of four families in Dallas, Rochester, Los Angeles and Baghdad, whose lives and stories ultimately intersect throughout the narrative.

It also stands to reason that Krieger’s independent style attracted him to self-publishing rather than going through the traditional publishing route. Having worked in academia several years, Krieger knows many colleagues who have been published, but after several conversations, he saw the process as unnecessarily complicated. “I’ve already got a 40 to 60 hour a week job,” he says. “I don’t want to take on something that becomes a whole other job in terms of getting the book out to the world.” Krieger is entirely open about the fact that the thing that matters to him more than advances or any other publishing deals is sharing his story. “It won’t feel any more valid to me if it’s Random House or Publishizer. Really, it’s the work that I care about.”

The best part of self-publishing for Krieger is the total freedom he experiences in writing this new story. He admits he might have been too free during his very first draft, which approached 700 pages, but nonetheless he relishes the space he has in writing the novel to experiment, let ideas flow and even lose himself in it. “The perfect writing day is a day where you are so lost in it, you sit down at your desk at 9:00, and you look up and it’s 12:30 and your stomach’s making noise.”

In a TEDx talk Krieger gave last year titled “Choose Joy,” he spoke to an audience about his struggle with a psychosomatic illness during his adolescence. Not only might this have kept him away from realizing his potential as a storyteller, it might have killed him. “It’d probably be better for everybody,” he remembers thinking as he retells the story in the talk, “if I made myself sick enough to die.” In his DC office in 2016, however, as the clouds outside part to reveal warm sunlight, Krieger recalls how important it was to nurture his creative passions.

I’m a really big believer, and more so as I get older, in listening to the voice inside.

As we part ways and I walk back to the Metro under a clear sky, those words stay with me, and I take moment to listen for that voice. It whispers, so I try to listen closely.