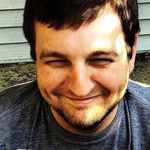 Greg Sigley was born in a small town in West Virginia. He began to craft his storytelling at a young age creating whole worlds in the woods surrounding his home as a child. Greg began writing his debut novel, Obsession, as a senior in high school and finally published it in 2013. Over the next few years, he continued to develop and grow his writing, publishing a second novel, Victim, in 2014.

Greg is an avid fan all classic and current literature, as well as horror and thriller. His love of 80's horror and soap operas spawned Obsession, but he is still a young author that is not afraid to experiment with different styles and subject matter, as long as he has the opportunity to develop strong, flawed characters with which the reader can either see themselves or empathize. He published his third novel, Devoid, in 2016.

One day can change the entire course of your life and the perception you have of yourself; can you live with the person you've become?

Devoid is a stream-of-consciousness novel that arose from a line in a song about a man standing for as long as he could, but ultimately breaking. The line stuck with me for a long time before this novel came about.

All of my works focus on the broken side of human nature. No life is perfect, and every day there are hardships that come along and chip away at our façade. Only we can decide whether these moments are going to destroy us or become just another moment among countless others.

The novel focuses on one day in the life of Ezra Hayley. Hayley is another millennial that tries to navigate through a life of unfulfilled dreams, working hard to stay afloat in corporate America. He goes out on Saturday night with his friends to have a few drinks, forget the monotony of his everyday existence, and begins to analyze this group of people that he calls his friends. Ultimately, the loneliness begins to set in as each successive analysis reveals superficial friendship and love.

A few hours later, Ezra wakes up on an unknown couch, in a strange living room. An unfamiliar man reveals that they have shared a night of intimacy, and Ezra calls everything about himself into question. This has not happened before; at least, not out of his mind. Feelings he has denied himself since childhood and tried to forget are now front and center.

Ezra must embark on a journey through his mind and heart to figure out what exactly has happened. Can he align these feelings with his faith and a religion that has constantly told him they are wrong? Or should he live his life devoid of happiness? Or should he live at all?

This novel is for those looking for a story with which they can connect. It's a story about overcoming self-doubt and esteem issues, some which we only later realize have been here since childhood. It's a journey that will leave you reflecting on yourself long after the book is closed.

Why Should You Read Devoid?

Ezra Hayley has a little bit of all of us inside of him. He wants nothing more than to be part of something larger, to love, to believe, to feel. Overall, this book is a heart-wrenching drama for anyone that enjoys a study of the human condition. He thought he was on the "right" track to what everyone expected of him before this one night changed his perception himself. Some of the scariest moments in life arise when your heart and mind become strangers.

His journey is set apart by the fact that Ezra is not a teenager, nor is he at the end of his life. While two major themes in literary fiction, humans are always learning something new about themselves. We are always changing our minds, our views ever-evolving into something we believe is tangible. And sometimes, the world can be too much. Will Ezra choose life? Heartbreak and beauty can be found in the simplest person. We just have to take the time to look and listen for it. This is a story of Love. Faith. And ultimately, hope.

Devoid is unlike any novel that I have previously written. I like to think of it as sort of an experiment to expand and deepen my writing abilities. Ezra has a lot of myself in him, as well as many other people that I have encountered in my life. We all have that part of us with which we are unhappy and think that the world is constantly focusing in on those shortcomings, when in truth they're usually not.
One of the reasons that I chose this subject of sexuality and the possibility of suicide is because this is still such a towering mountain in today's society. Homosexuality is one of the hardest things a person can admit about themselves, as they feel this will somehow disappoint the ones they love. In truth, hiding something so much a part of yourself, refusing to be loved, leads to nothing but destruction.

My intent, with Devoid, is to help others who feel like outsiders to understand this journey of realization over the course of one night. Their feelings may be different, but there is nothing wrong with the person.

The chapters of this novel are marked in times instead of chapter numbers to give the reader a good sense of what might be going on around Ezra at any certain point of the day. A sample of this can be seen below.
The story begins with Ezra contemplating suicide on Monday morning beside his favorite spot on the river before flashing back to Saturday night, where he is having a few drinks with his friends. Over the course of the next day and night, Ezra will question his friendships, sexuality, family, faith, and himself.

The novel opens with a drunk and despondent Ezra Hayley, drinking next to a river where he plans to commit suicide. A stranger comes along from a nearby campsite and they talk.

Chapter one flashes back to the late Saturday/Early Sunday morning when Ezra is out with his friends. He begins to question their true motivation in life and how they feel about him.

Ezra wakes up on the couch in a strange home. He realizes that he has been intimate with this man and begins to examine what has happened while walking home.

Upon waking up, Ezra decides that he needs to attend church to reconcile his faith with feelings that he has always been told to deny.

Ezra is drunk once again and meets another bartender that hits on him in the bathroom. He decides to separate from his friends and meet the bartender, Frankie, at a known gay bar. Here, he runs into the man from the night before.

After another drunken afternoon, Ezra wakes in the same situation as he did earlier in the morning. He begins to relive moments and words from his father who had predicted he was gay and couldn’t accept it when he was a child. He gets behind the wheel and begins to drive, as he no longer cares for his own well-being.

Ezra decides that he needs to go home to work things out in his mind. He stays outside of his childhood home, not wanting to disturb his mother. He begins to relive moments from his childhood.

With the cemetery in walking distance, Ezra decides that he needs to “confront” his father and the words that have haunted him throughout the rest of the night.

Ezra decides to take a different path back to his mother’s house along the highway. He decides to lie in the road for a moment, and this gives him the courage to make the decision that he no longer wishes to live. He gets in his car once again and begins to drive.

Chapter 10 picks up where the Prologue left off, and Ezra makes his final decision on whether to end his life.

I am truly thankful to anyone who takes the time to donate to this effort. It has been my dream now for the larger part of two decades to write a novel that matters, and I pray this is it. Feel free to comment or reach out to me directly for more information. You can read the opening chapter on this page, as well as on my website.