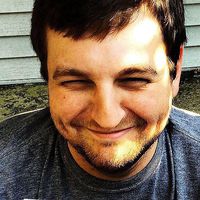 Greg Sigley was born in a small town in West Virginia. He began to craft his storytelling at a young age creating whole worlds in the woods surrounding his home as a child. Greg began writing his debut novel, Obsession, as a senior in high school and finally published it in 2013. Over the next few years, he continued to develop and grow his writing, publishing a second novel, Victim, in 2014.

Greg is an avid fan all classic and current literature, as well as horror and thriller. His love of 80's horror and soap operas spawned Obsession, but he is still a young author that is not afraid to experiment with different styles and subject matter, as long as he has the opportunity to develop strong, flawed characters with which the reader can either see themselves or empathize. He published his third novel, Devoid, in 2016.

One day can change the entire course of your life and the perception you have of yourself; can you live with the person you've become?