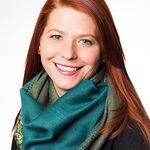 Natalie Spiert oversees sexual violence prevention and support for The Ohio State University as Assistant Director of Sexual Civility and Empowerment. She has met with and discussed various issues and sexual behavior with hundreds students. Also holding a Masters in Social Work and Bachelors of Arts, she constantly dismantles obstacles caused by bureaucracy and ignorance. Natalie pioneers the self-created Holistic Healing Model, an intervention method used to support the long-term healing of victims/survivors.

Natalie is responsible for pioneering and developing of the Holistic Healing Model used with victims/survivors and the creation of the Student Civility Program at the Ohio State University. Natalie is a recipient of the 2016 Women of Distinction Award from the 6th annual Hats & Gloves Women's Tea.

80copies
0 250 500 1000
Success! Disconnecting Discourse has already sold 80 pre-orders , was pitched to 21 publishers , and is in discussions with publishers .

Campus sexual assault is a significant problem and the conversations we are having are not widespread enough or having real impact on college campuses in the US.

Higher education administration has, up until now, missed the mark on their approach to sexual violence on college campuses. This book is a conversation we are not having and a solution to a problem we often ignore.

In Disconnecting Discourse: Responding to Sexual Assault on College Campuses, Natalie Spiert teaches readers how to dismantle the obstacles caused by bureaucracy and ignorance.

This book empowers students and higher education administrators to take control, and together, to challenge what is expected and what we are told to do versus the reality of what can actually help create a safer community on college campuses. Readers will have a better understanding of what universities are doing and will be encouraged to counteract the reactionary effect we have in American culture:

That we are better at solving problems than preventing problems, which compromises our ability to make informed decisions and implement methods of prevention and intervention. Because of this, sexual assault policies are misguided by a lack of understanding about 1) what sexual violence is, and 2) what is causing it. This, in turn, has compromised the social and gender barriers around sexual assault and violence.

This book brings clarity to those misconceptions and offers forward thinking solutions to traditional and outdated prevention methodologies. When people have a better understanding of what is causing sexual assault, violation and misconduct on campus and in society, then we will be able to take appropriate action to prevent it. Readers will also learn tools and mechanisms to not only prevent sexual assault, but also how to spread awareness on campus and influence higher education policy.

For decades, higher education administrators have accepted that even educated people can't understand or solve the complex issues around sexual assault on campus. Colleges and universities, fear of potential lawsuits, media backlash, and loss of federal funding leaving them impulsively grabbing for solutions to check the federally mandated boxes that they rarely take initiative to think outside of them.

With little direction and vague recommendations from those mandates, universities are trapped in the attempt to fulfill institutional missions, retain students through graduation, and continue academic and community excellence while recruiting new students.

There is not a single moment to step back and reevaluate the underlying contributing factors leading to this social epidemic infecting the college experience. There is also no appropriate foundation on which to accept and take action from active student voices. These reactionary responses from government agencies, colleges, prevention efforts, and the student community are not only damaging to the students involved but also to the entire university and surrounding community, that are suffering from an ill-informed discourse.

Natalie Spiert educates students and higher education administrators on sexual topics that are often overlooked and missed in order to aid in misconception around on college campuses. Having discussed various issues and sexual behavior with more than 500 students as well as higher education administrator colleagues, she is an expert on sexual assault on college campuses and methods of prevention that actually make a difference.

5. Long-term social and economic impact for college students and communities

This book is for higher and secondary education administrative professionals, faculty members as well as social workers, counselors, and advocates working with college student populations. This book also serves as an informative tool for parents and college-aged students.

Primary: Higher education administrators who are responsible for amending, upholding and implementing policies and procedures regarding sexual assault.

The problem is in the way higher education administrators have structure and influenced behavior on campus. If higher admins read this book and understood this issue, and if students could read this and collectively come together to influence policies on the administration side, there would be significant results on preventing sexual assault on campus.

Secondary: Students and college campuses (millennial students) and the generations entering college, whom the systems of support and prevention, of which currently lack sufficient standards, must be designed around.

Students have the voice, but higher education admins can make the change of policy. It takes both. Student needs to have a say and ensure that how admins are laying foundation and policy that it truly has an impact on preventing sexual assault on campus.

Tertiary: Parents, who can adequately prepare their children before and during secondary school and college, as well as during early childhood development.

According to the National Sexual Violence Resource Center, RAINN and the American Association of University Professors, in 2015:

These statistics prove there is a misalignment between students and higher administration in having a lasting impact on preventing sexual assault and increasing safety on campus. We need to start more conversations and discuss how to prevent sexual assault, now!

Natalie is backed and supported by several partners and colleagues in the field of sexual assault, violation and prevention, as well as students at Ohio State University. This book is for this audience of readers, and will be the main medium to obtain preorders.

Larger orders and corporate sponsors will come from pre-existing relationships, speaking engagements and academic supporters. These will also act as distribution points for the book during preorders.

Missoula: Rape and the Justice System in a College Town

Journalist Jon Krakauer investigates a spate of campus rapes that occurred in Missoula over a four-year period. Taking the town as a case study for a crime that is sadly prevalent throughout the nation, Krakauer documents the experiences of five victims: their fear and self-doubt in the aftermath; the skepticism directed at them by police, prosecutors, and the public; their bravery in pushing forward and what it cost them. He demonstrates that rape does not happen because women are sending mixed signals or seeking attention. They are victims of a terrible crime, deserving of fairness from our justice system.

The Hunting Ground: The Inside Story of Sexual Assault of American College Campuses

This book includes personal stories told by female students—and the obstinate refusal of college administrators and law enforcement authorities to recognize the severity of the problem—that will rivet readers. It is meant to be a catalyst of discussion across college campuses across the nation.

We Believe You: Survivors of Campus Sexual Assault Speak Out

Students from every kind of college and university―large and small, public and private, highly selective and less so―share experiences of trauma, healing, and everyday activism, representing a diversity of races, economic and family backgrounds, gender identities, immigration statuses, interests, capacities, and loves. Theirs is a bold, irrefutable sampling of voices and stories that should speak to all.

Asking for It: The Alarming Rise of Rape Culture--and What We Can Do about It

This book combines in-depth research with an in-your-face voice to make the case that twenty-first-century America supports rapists more effectively than it supports victims. Drawing on real-world examples of what feminists call "rape culture"—from politicos' revealing gaffes to institutional failures in higher education and the military—Harding offers ideas and suggestions for how we, as a society, can take sexual violence much more seriously without compromising the rights of the accused.

Yes Mean Yes!: Visions of Female Sexual Power and A World Without Rape

By Jaclyn Friedman and Jessica Valenti

Yes Means Yes will bring to the table a dazzling variety of perspectives and experiences focused on the theory that educating all people to value female sexuality and pleasure leads to viewing women differently, and ending rape. Yes Means Yes aims to have radical and far-reaching effects: from teaching men to treat women as collaborators and not conquests, encouraging men and women that women can enjoy sex instead of being shamed for it, and ultimately, that our children can inherit a world where rape is rare and swiftly punished.