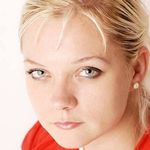 Evi is worldwide traveller, solotrepenour, health ambassador and human rights former activist. She studied History and Literature and from an early age, she was writing stories, songs, poems for newsletters, promoting Babylonradio (Ireland), recording Voice Overs and doing the freelance acting. She opened the Mobile Massage therapy business for athletes and looed after high profile people. However, she forgot to care about herself. Historical “me before that” and "me after this" it is a massive difference for her and everyone in various compelling ways. Evi doesn't have endorsement yet of the author’s credibility by others, but her song got the award in the music festival, she was recognized by Nathan Nash British Ambassador for her volunteer work with youth, and some other social proofs from people whose life she did inspire for better and changed! She easily connects with business people, creative people, philosophers, doctors, teachers, artists, mums, kids and dogs. Cats also purr on her head! On a serious note, she wants her book to be translated into many languages as possible around the world because the message is important.
She worked for a major national organization such as Amnesty International and was proud of her work. Her passion and interests are helping others and being creative. She doesn’t try to sound impressive, she just tries to be clear. “An intellectual is a man who says a simple thing in a complex way. A genius is a man who says a complex thing in a simple way.”
—Charles Bukowski
Her inspiration is The woman that Tim Ferris called one the most important writer of our time "How to Be Creative Like a Motherf*cker — Cheryl Strayed". And also Rich Tony Robbins and Richard Branson. Why? Because you don't leave yourself a chance to freeze, stop.
She loves to live life fully!

Get a digital copy "Every Face Has A Story" and go from struggling solopreneur to successful, living a full of joy life, human being!

+ free writing Pen "Every Face Has A Story"

The hardcover book is EXCLUSIVE through Publishizer and will never be for sale again in this format and style again. My intention is to make this a collector's item that will be worth a lot more in the years to come. So if you want the book in hardcover, buy now or forever hold your peace.

You do EVERYTHING with your hands. A wristband is not just cool visible attribute but a statement that you stand for what and who you are. No matter what other people think or say about you. Your wristband Every Face Has A Story is status quo.

My book + Limited Coloured T-shirt of your choice with the book title "Every Face Has A Story". In the nearest future, it will be announced an action call for those who will have the best photos wearing my Tshirt. You will use media platform to upload your photo (wearing a Tshirt) and the winners will be awarded some awesome prizes!

$100 Book + a free coaching call about the book

Are you good at presenting your best side? Implementation? I was not, but I learnt how to do effectively and practise in the toughest environments from the best coaches! Free coaching call.

$200 Book+name acknowledged in the book as endorser

Would you like that? It is not only an advertisement for you, but let's face it, many of you have amazing views, opinions and want to support others to succeed and pass the message out there! It just feels good and feels right. Be part of it! I can give you a free consultation regarding your health and immune system as I work as a Health consultant for the Global company as well.

How hard or easy is for you to open up about something vulnerable? Did you know there are more than 40 different forms of Grief? How do you deal with it? It is hard, no matter, how long you have been talking about it or address it with the best phycologists. One thing what works is... Well, I can tell you that in my interview!

$1000 Become the official sponsor of "Collaborate with Me" list

Do you have a project for your company? Your community? School? "Collaborate with me" is a rare opportunity where I’ll walk you through ideating, thrashing, chunking, organizing, leading as an example and executing your collaborative project WITH ME. (half price for the books!)

I will attend the interview 20+ people for 1h + travel costs.
"You can not be concern what you are IF YOU ARE NOT READY TO CONFRONT."/Evi/ I am ready to talk about it with You. (discount for the book, only $12/pp)

Thank you all for Subscribing for my book Every Face Has A Story. It shows that you believe that every story has a face! And I would like to say thank you, especially for support you gave me,either by buying the book or promoting to others, calling me and asking how I am and sharing this LINK to somebody you think they need to know.

What I offer to people is how to see yourself differently. Everyone has moments when you fell out. And I am glad it happened to me this way... You will ask : REALLY? Now, I can say, yes.  Maybe, a while ago I would disagree with you and I had my reasons. Trust me, today I am happy person, because it put me on the path where I am now. It allowed me to come home alive, live and thrive and be a Better Version of Myself. Check my bonuses please because they are limited on offer and if you know charities or NGO's who would benefit by sharing Me this story, let's get in touch!