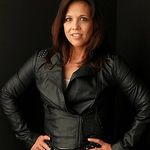 After studying human behavior and cultural stories through her Psychology and Anthropology majors at Knox College, Valerie Jencks completed her graduate training as a Marriage and Family Therapist at Northwestern University. For over twenty years as a narrative psychotherapist in Chicago, she has listened to clients tell their stories, helping them rewrite the ones that no longer serve them well.

Valerie has been fascinated with people’s stories since she listened to her Filipino grandfather tell tales of being treated with honor in his homeland, contrary to the reality of racial inequity he encountered at the time of his immigration. In a bit of full-circle irony, she was invited in 2015 to speak on the importance of rewriting our personal stories and listening to the stories of others at TEDxIIT - her Filipino grandfather’s 1939 alma mater.

Valerie continues to see clients in a small private practice in addition to speaking to professional and community audiences on the importance of narrative and rewriting stories. She has been frequently quoted as an expert in media such as Fox Business and Huffington Post and she will host the storytelling podcast "How to Rewrite History" beginning in June 2016. An active member of the midwest standup comedy and storytelling communities in her free time, Valerie performs regularly, finding life to provide ample content for her work on stage.

+ 1 Print copy delivered to you, signed by the author
+ Invitation to Chicago launch party

+ 10 print copies delivered to you, signed by the author
+ 10 1 ebook (PDF/ePUB)
+ 1 hour video conference for your group with the author

+ 100 print copies of the book
+ 50 ebooks (PDF/ePUB)
+ Up to 4 hours: "How To Rewrite History" keynote by author, custom to your organization's needs
+ Listed as a sponsor on website and podcast
+ 2 Invitations to Chicago launch party

How To Rewrite History

When Your Life Story Needs A Plot Twist

Through the experiences of others, learn to rewrite the stories you created in childhood that became the adult beliefs that get in your way.

Embed How To Rewrite History

The ability to create stories to explain our life experiences is hardwired in our brains. When those stories become beliefs that stifle our success and impede healthy relationships, it’s time to rewrite the stories. While this sounds simple, many people struggle with letting go of the beliefs they have held since childhood.

“How to Rewrite History” features people who rewrote the childhood stories that became the beliefs in their adult lives that didn’t serve them well – the homophobic athlete who became a gay rights activist, the weakling girl who became a colonel in the army, the homeless drug addict who became a CEO - just a few of the inspiring stories shared in this book.

As these stories unfold, readers are guided by writing prompts to explore their personal history, uncovering childhood beliefs that no longer work for them. By the end of the book, they are empowered with tools and inspiration to rewrite their own history.

How to Rewrite History explores the way people discover hidden truths when they give themselves the option to change. The book begins with two chapters on the importance of stories and storytelling. Then readers delve into the profiles of nine people who were stuck in a childhood belief that kept them unfulfilled and miserable until they made a shift that resulted in each one finding purpose and happiness. Following each story are writing prompts for the reader to address his/her own stuck childhood beliefs. Finally,  a summary directive for readers to rewrite their childhood stories that get in the way of their happiness and fulfillment.

CHAPTER 1
It's called 'History' For a Reason: An introduction to the importance of stories and storytelling in human evolution. From cave paintings to emoticons, stories are our most valuable communication tool.

CHAPTER 2
Your Brain on Stories: Technological advances in the last twenty years allow us to see how our brain really works, and it turns out we are hardwired for stories!

CHAPTER 6
A homeless drug addict who is a corporate executive

CHAPTER 7
An abused wife who became a doctor

CHAPTER 10
An alterboy who left the priesthood for love

CHAPTER 11
An artist coped with a life-changing accident

CHAPTER 12
Rewriting Your Own Story: Summarizing the exercises at the end of the previous chapters, readers will be provided with ideas and resources to share their rewritten stories!

Valerie believes the primary audience for this book will be her own age group - the Baby Boomers. This generation has navigated change from the Civil Rights Movement to the advent of the internet and smart phones, requiring them to face dramatic adaptations in ways few other generations have needed to. The idea of rewriting history is familiar and this book validates it.

From individuals who enjoy self-improvement books to book clubs seeking a conversation starter, readers will find “How to Rewrite History” to inspire discussion and provoke self-reflection, with useful prompts at the end of each chapter to explore their own personal stories.

This will also be a nice complimentary book to any treatment program for those recovering from addiction, eating disorders or trauma. It is inspirational rather than directive in its intent. Unlike other books currently on the market, this book does not require a leader to follow a specific curriculum, thereby allowing groups to use their own facilitator’s training and therapeutic expertise to guide the process.

In addition to her private practice as a narrative family therapist, Valerie is a professional speaker who presents to professional and corporate groups across the country. Since the topic of this book is a subject on which Valerie is a recognized expert, she will promote the book to her audiences as an adjunct to her presentations.  Valerie is also regularly invited to guest on a variety of podcast and radio broadcasts and will promote the book on her own podcast “How to Rewrite History,” which debuts in June 2016.

Additionally, the book will be featured on its own website:
www.howtorewritehistory.com[1] and heavily promoted on social media, including the author’s personal Linkedin and Twitter accounts which have over a thousand followers.
A unique appeal of this book is its appropriateness for those who are in outpatient and residential treatment programs recovering from eating disorders, addiction or trauma. Valerie has already reached out to several programs who have expressed and interest in having her present the book at their facilities.

The funds from this pre-sale campaign will be used for professional editing and design, marketing and first run publication. Proceeds from subsequent book sales will go towards the publication of the specialty companion books for recovering addicts, divorced families, LGBTQ and teens. First run publication is anticipated for June 2016.

Stories and storytelling are HOT right now. It’s hard to peruse a social media newsfeed and not see someone blog about it. There are conferences, workshops, college courses and bar room open mics dedicated to people’s stories. There are even several best-selling books on the subject:

Much success of the “Chicken Soup for the Soul” series by Jack Canfield lies in the hardwiring of the human brain. That’s not to say the author wasn’t masterful in his ability to compile compelling tales, but the books’ direct invitation into personal stories instigates a complex, albeit ancient, physiological response in each reader, creating excitement and anxiety – connection and empathy. That is exactly what the stories in this book will do. Beyond that, the author introduces readers to therapeutic techniques designed to help them examine and change their own stories and beliefs.

In her book "The Message of You," Judy Carter, a standup comedian and speaking coach, teaches a step-by-step format to capture a story about a life challenge in order to deliver engaging presentations. While the concept of telling a story to deliver a message is reiterated in “How to Rewrite History," unlike Judy's emphasis on public speaking, this book focuses on telling stories for fulfillment and self-improvement.

Brene Brown has seen a viral embrace of her TED talks on vulnerability and shame, in addition to her books "Daring Greatly" and "Rising Strong." The popularity of her work lies in its simplicity and universal message that humans have the ability to change their lives by shifting their beliefs about themselves - the guiding principle in psychotherapy. "How to Rewrite History" parallels this idea by emphasizing the ability to achieve happiness through reframing the explanations we create for ourselves, which is the premise to rewriting our personal histories.