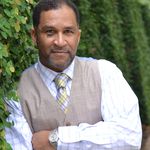 What sort of man travels around the world teaching women and men how to have Mind-blowing InnerCourse™ (MBI)? Someone who knows that we all desire passionate penetration of our minds and spirits, leading to the discovery of our personal pleasures and powers—and someone who knows that, through the insidious pop culture of consumerism-as-fulfillment that we have created, most women have been robbed of this deep self-knowing.

Berwick Mahdi Davenport is a contemporary relationship specialist and the Founder and CEO of Move Your Stick, an international educational consulting company dedicated to inspiring people to shift their perspectives and to grow. He created a revolutionary method to shift relationships called Mind-Blowing InnerCourse™. His Mind-Blowing InnerCourse™ focuses on the relationships we have with ourselves, with the premise that when this core bond is strong, it sets the bar for every other interaction in life. Davenport is also co-founder, with Michelle Paul, of the Ultimate Woman's Project in Houston, Texas. Through Ultimate Woman’s Project, he helps women regain a sense of their own pleasure-power and activate their lives.

Davenport is a Core-Trainer with The People's Institute for Survival and Beyond. It's an international training organization known for their award-winning Understanding & Undoing Racism/Community Organizing™ workshop. A graduate of McNeese State University in Social Work, and of Landmark Education, he brings to the table more than 20 years experience speaking, facilitating, and coaching individuals, groups, organizations, and institutions.

His absolute greatest accomplishment is parenting his four beautiful daughters. Through them, he has honed is ability to really listen to women and connect intimately with them, to recognize their strengths, and to marvel at their contributions.

Davenport’s other written works include It's Time, The Race is Over – To Open A Black Man's Eyes – The Laws and Principles of Relationship Fitness and The Art of Life Recycling, and Thirteen Secrets to a Spiritual Culture. To experience your own Mind-Blowing InnerCourse, visit www.moveyourstick.com. To book Berwick Mahdi Davenport, contact the Move Your Stick office at 877-229-8880 or email info@moveyourstick.com.

You’ll receive:
+ PDF copy of the ebook
+ Thank you inside the book!

Size does matter! Your capacity for pleasure makes a huge difference in your life. How good can you stand it? Your pleasure-capacity determines how much pleasure you are eligible to experience. Most people you meet have a bigger pain-package… a larger capacity for pain than they do for pleasure. They're more focused on losing than they are winning. What about you? Could you benefit from an immediate increase in the size of your pleasure-package?

This offer is incredible. You get the opportunity to enjoy 6 weeks of coaching with the Author. He will provide you with a personalized pleasure track for augmenting the size of your pleasure-package. Size does matter! Your life gets better the bigger your pleasure-package gets.

This keynote address reveals to secret aligning the outside with the inside. I will provide you with what you need to know to transform your negative relationship patterns in positive ones, at home, work and out in the world.

Your Personal Path to Pleasure and Power: The 10 Requirements for Climaxing to Personal Greatness

Pleasure is power! Mind-Blowing InnerCourse reveals how to penetrate your pleasure to unleash your power and climax to personal greatness.

October of 2012, World Health Organization reports 350 million people worldwide suffer from depression and women are twice as likely to suffer from depression as men of the same age. In 2011, the Institute of Medicine (IOM) reported that over 100 million Americans suffer from chronic pain and one year earlier the Overlapping Conditions Alliance reported that over half of them were women. Women report pain more frequently, severe and of longer duration than men, but are nonetheless treated for pain, less aggressively than men. In connection, the Mental Health Foundation reported that although, on average, women rate their life satisfaction higher than men, their anxiety levels are significantly higher than men.

The Source of the Struggle

Women are suffering, but not because they're incapable of making themselves happy. They're waiting on society to give them permission. They've been conditioned to put everyone else's desires before theirs. As a result, the average woman feels unappreciated, taken for granted and suppressed but doesn't express it. I know this because my team and I conducted a survey of over a thousand women during a course of ten years and on average, this was what women reported.

Now more than ever women are wanting to pursue their pleasures, powers and to climax to their personal greatness without feeling guilty about it. This is where Mind-blowing InnerCourse (MBI) comes in. It is based upon the 10 requirements for climaxing to your personal greatness. MBI awakens the primal sense of authority in women. It moves them to grant permission to themselves to pursue their pleasures, powers and greatness with no regrets. It transforms the negative patriarchal connotation associated with pleasure into a common sense understanding of pleasure... the drive to pleasure our own nature. It reveals the truth about pleasure the world has hidden from them and that is this...on a primal level Pleasure is our only reason for living and it's exclusive.

Two people never experience the same kind of pleasure. No woman can achieve optimal self-expression until she pleases her nature, in doing so rescues herself from misery and suffering.

It's impossible to utter the words, Mind-blowing InnerCourse without thinking about sex. Just as sex is a form of intimate communication with another person's body, mind, and spirit, MBI focuses on you. With MBI, a woman penetrates the center of her Universe – self.

I consider MI the original (first) sex: the intimate communication she has with self before she engages in sex with another. MBI empowers women to touch themselves in places they've always yearned to be touched. It evokes the primal nature in them to achieve climax: the highest self-expression.

My target audience is women between the ages of 22 to 60, who are actively seeking solutions to the problem of feeling underappreciated, taken for granted and suppressed. I've worked with this audience for over 15 years. Essentially, they're in search of the answer to this question: “How do I set myself free?"

Women like Dr. Brenē Brown, author of Rising Strong; The Reckoning. The Rumble. The Revolution openly expresses the frustrations and aspirations of women today from a female perspective.

Women finding and speaking from their authentic voices is more important than the voice of their sexuality. As long as there is guilt and shame surrounding the conversation there is no authentic voice.

As a man championing the rights of women to pursue their own pleasures powers and greatness, I have become an added attraction. I have found that because of societal conditioning women are more inclined to listen to men about certain issues than women; this makes MBI an added attraction.

I know what it feels like to be so depressed and hopeless that you no longer want to live; I endured it for 16 years. You want someone to take you out of your misery. On the other hand, I have also felt totally unstoppable and committed to living my life to the fullest. How I evolved from wanting to take my life to being totally on fire for living is moral of my story. No one makes it out of the darkness alone. We need a guide, someone we trust to turn us back into ourselves.

My teacher, Master Wali Muhammad knew this and was compassionate enough to show me the way. Imagine meeting someone who completely shattered your beliefs and replaced them with unimaginable possibilities: Master Wali did that for me.

Within a short period of time, I could see the light at the end of my tunnel of depression. He was a self-taught guru, a world traveler whose history could be traced back to the Nation of Islam. There he served as a captain under the tutelage of Elijah Muhammad. Master Wali elevated my thinking so I could see the universal connections between all men and I remained under his tutelage for close to five years.

Today I'm a contemporary relationship specialist with over twenty-five years of experience traveling around the country facilitating workshops, seminars, and keynote addresses for organizations, businesses and women's groups. I am one of the co-founders, of the Ultimate Woman's
Project in Houston, Texas along with Michelle Paul, a certified Life Coach.

I have a Bachelors degree in Sociology from McNeese State University in Lake Charles, Louisiana. I'm a graduate of Landmark Education's – Forum, Advance Training, Self-Expression Leadership Program and Communications Programs of Houston, Texas. I'm also a certified core-trainer with ThePeople"s Institute For Survival and Beyond (PISAB). As a Core Trainer, I've trained over 75,000 people.

Below is a list of speaking engagements associated with MI:

Chapter Zero: What Everyone Really Wants?

Chapter One: Why Sex?

Chapter Two: Who is this book for?

Chapter Four: Jumping off the Cliff to Your Climax

3rd: Resolve Your Conflict with Pleasure

4th: Give into your Ultimate

5th: Put Yourself where your heart already is

7th: Get out of the Missionary Position

9th: Wake Up To Wonderland

10th: Go Back Inside the House

Be the Queen on the Chessboard

Mind-blowing InnerCourse (MBI)! The first thing that pops into your mind is sex and yet
it's not sex, at least not as you know it. Mind-blowing InnerCourse (MBI) is the first sex! It's the sex you have before you engage in sexual intercourse. It's soul sex. MBI is what women really want. Unlike sexual intercourse, where you explore the inner-workings of another person's mind, body and spirit – your spouse, lover or significant other. Mind-blowing InnerCourse is different in that you penetrate the center of the Universe -- the inner-workings of yourself... your mind and spirit. You journey into your own soul and penetrate your own pleasure. In doing so, you learn to take charge of the one relationship that dictates the success or failure of all the other relationships in your life. And just as when you explore the inner-workings of your lover and experience sexual pleasure and power, so it is when you penetrate your own pleasures. You unleash the most sacred ectasies you possess and are liberated to climax into your personal greatness.

If you're a woman and you're tired of suffering, coming up short, feeling unappreciated and you want to be happy, healthy and wealthy then it's time you learn how to have Mind-blowing InnerCourse. Mind-blowing InnerCourse is a way out of the funk of depression, self-doubt, cynicism, disappointment and grief that sends you into the arms of pleasure.