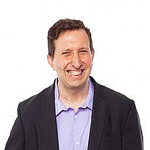 Dad, Husband, 4x NYT Bestselling Author. Dave’s four books have sold hundreds of thousands of copies worldwide and have been translated into 14 languages.

THE #1 LINKEDIN INFLUENCER OF ALL TIME. IN PAGE VIEWS; AHEAD OF BILL GATES, JACK WELCH, MARK CUBAN AND BARACK OBAMA.

Dave Kerpen has an extensive and loyal email list and social media following, which have both helped his previous books reach thousands of copies sold. The messaging of promotions for this book will be different since this is a fiction title, but is able to connect with previous readers of his non-fiction business books and extended community. Social media following: Facebook - 28K, Twitter - 57K, LinkedIn - 668K

Dave is a dad and husband, a serial entrepreneur, New York Times best selling author, and global keynote speaker. Dave recently started as the interim CEO of UMA Health, an online mental health and executive coaching marketplace which connects clients to top providers to help them deal with challenges and become happier, more productive, self-actualized members of society, achieving peak performance in their careers and lives. He is the Founder and Chairman of Likeable Local, a social media software company serving thousands of small businesses, as well as the chairman and cofounder of Likeable Media, an award-winning social media and word-of-mouth marketing agency for big brands. His newest book, The Art of People: 11 Simple People Skills That Will Get You Everything You Want is out now.

Following Kerpen’s sponsored wedding which raised over $100,000 including $20K for charity, he and his wife Carrie started and transformed theKBuzz (founded in 2007) into Likeable Media, the only 3-time WOMMY Award winner for excellence from the Word of Mouth Marketing Association (WOMMA) and one of the 500 fastest growing private companies in the US according to INC Magazine for consecutive years. Kerpen is among the most popular writers in LinkedIn’s Influencer program, one of the most-read contributors for Inc.com , and has been featured by CNBC, BBC, ABC World News Tonight, the CBS Early Show, the TODAY Show, the New York Times, and more.

He has also keynoted at dozens of conferences across the globe including Singapore, Athens, Dubai, San Francisco and Mexico City. Likeable Social Media: How to Delight Your Customers, Create an Irresistible Brand, and Be Generally Amazing on Facebook and Other Social Networks, was Kerpen’s first New York Times bestselling book. He followed Likeable Social Media with two more bestselling books, Likeable Business and Likeable Leadership. His fourth book, The Art of People, offers 53 bite-sized, easy-to-execute, and often counterintuitive tips, to learn and master the 11 People Skills that will get readers more of what they want at work, at home, and in life.

Normal is his first novel.

Receive the paperback copy of "Normal." The first 200 people to preorder this reward get an exclusive invite to the book launch party in New York after the book is published. Dave will be there signing copies.

2 paperback copies of "Normal," to share with a friend. This is a more popular bonus in the fiction world. Do you know someone who loves a good middle grade novel? This makes the perfect gift. *One of them will by a signed and personalized copy by Dave Kerpen.

**1st 500 people to preorder the '2 copies' bonus will receive a $10 gift card to Donors Choose to support a classroom project of your choice!"

**20% of total book sales for the 1st 5,000 preorders go to DonorsChoose.org, a United States–based 501 nonprofit organization that donates directly to public school classroom projects. Founded in 2000 by former public school teacher Charles Best, DonorsChoose.org was among the first civic crowdfunding platforms of its kind.

35 print copies of "Normal," and a personalized thank you note from Dave Kerpen for sharing this with your community. Thank you for your support and helping this book reach more hands!

Dave is a Global Keynote Speaker and has established himself as a force of people skills and business acumen in the ever-evolving social media world. Dave thrives at the intersection of likeability and ambition, where he has forged his own role as an expert and leader.

**If you hire Dave to speak during this 30 days preorder campaign for "Normal," he will give your entire audience a copy of his new middle grade fiction book, up to 500 copies.

Thanks so much for your support of NORMAL!

It means the world to me!