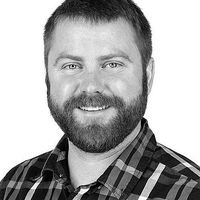 Brian William Waddell is a writer who specializes in arguments. Whether controverting topics in an op-ed column, or crafting characters who engage in contentious disputes, his debates are always engaging and persuasive. While his personal disputation may only relate to a harmless policy decision, the same can't be said of characters that inhabit his novels (The Jeremy Fuller Novels), children’s books (the Lexington Ann Series), comics, or screenplays.

A thief who can take over the bodies of others is set up by a crime ring, sending him into a tailspin followed by a quest for redemption.