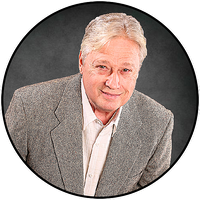 During his journalism career, Ray interviewed astronauts who walked on the moon like Edwin (Buzz) Aldrin and the late Neil A. Armstrong. Ray recalls that “those two, like school kids,” sparred over who spoke the first words on the moon. “Aldrin still contends that he said something about a soft landing just seconds before Armstrong famously reported to Houston that the Eagle had landed.”

U.S. Senators, Governors, Mayors, and a host of other influential notables interviewed with Ray (and they all called him ‘Ray’). His “on and off-the-record” dialogs invoked hundreds of musicians, actors, comedians, sports legends, and daily-dozens of down-to-earth people to speak up or speak out. From those conversations, Ray learned the art of telling a compelling story.

Palla recently said, “I was too young and naïve to grasp the ‘forever impact’ of some of them. Like Willie Nelson. I just hope that a piece of Willie’s greatness shines out through me, as a result of my quest to peer into how his success came to be. What an incredible influence some men and women ‘troubadour’ into future generations! I admire those who do.”

Murder on the Moon

This thriller is about life and environmental struggles among a group of people who permanently live on the lunar surface in the year 2054.