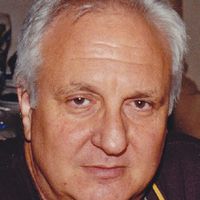 Born in Cape Town, South Africa, Larry Butchins’ love affair with writing began with notebook and typewriter then grew with computer keyboard and screen. He started as a cub reporter on Durban’s Natal Mercury (now "The Mercury") , covering fires, accidents, shipping and beach news. He then moved to Johannesburg to work in the Sunday Tribune branch office, covering everything from interviewing visiting pop stars to politics and student riots. Eventually he was lured into Public Relations, working for one of South Africa’s leading PR companies before moving back to Durban to open his own PR firm.
On moving to Israel with his family in 1987, Larry branched from classical PR into Marketing Communication, running a small English-language agency promoting Israeli products abroad. He has worked with Israeli High-Tech firms for many years and is still offering his services as a Marketing Content Developer for collateral, web sites, promotional videos and exhibition support.
In addition to professional writing, Larry finds time to write articles and stories, a travel blog (http://offbeat-travel.blogspot.co.il/), a web site about his wife's quilt project arising from the Dizengoff suicide bombing (http://dizengoffquilt.wix.com/-dizengoff-quilt) and children’s books, two of which have been published; one in the United States and one in South Africa. This book is a fictionalized version of his life as a young journalist in Apartheid South Africa.
Between the lines of copy, Larry is also a professional actor and voice-over artist and is one of the founders of the Guild Theater Company of Ra’anana (Israel). He has appeared in a wide variety of roles, and won awards for his skills on stage. Regarding the art of writing, Larry quotes writer and dramatist Gene Fowler: "Writing is easy. All you do is stare at a blank sheet of paper until drops of blood form on your forehead."
He and his wife, former Rhodesian (Zimbabwean) Marlyn Bernstein, live in Kfar Saba north of Tel Aviv. They have three grown-up children and two grandsons.

A journalist seeks truth in apartheid South Africa; then finds revenge for loss in a terrorist attack in Israel, through a twist of fate.

An idealistic journalist in South Africa & Israel seeks revenge for personal loss in a terrorist attack; ending in an ironic twist of fate.