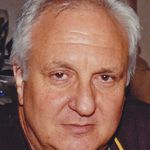 Born in Cape Town, South Africa, Larry Butchins’ love affair with writing began with notebook and typewriter then grew with computer keyboard and screen. He started as a cub reporter on Durban’s Natal Mercury (now "The Mercury") , covering fires, accidents, shipping and beach news. He then moved to Johannesburg to work in the Sunday Tribune branch office, covering everything from interviewing visiting pop stars to politics and student riots. Eventually he was lured into Public Relations, working for one of South Africa’s leading PR companies before moving back to Durban to open his own PR firm.
On moving to Israel with his family in 1987, Larry branched from classical PR into Marketing Communication, running a small English-language agency promoting Israeli products abroad. He has worked with Israeli High-Tech firms for many years and is still offering his services as a Marketing Content Developer for collateral, web sites, promotional videos and exhibition support.
In addition to professional writing, Larry finds time to write articles and stories, a travel blog (http://offbeat-travel.blogspot.co.il/), a web site about his wife's quilt project arising from the Dizengoff suicide bombing (http://dizengoffquilt.wix.com/-dizengoff-quilt) and children’s books, two of which have been published; one in the United States and one in South Africa. This book is a fictionalized version of his life as a young journalist in Apartheid South Africa.
Between the lines of copy, Larry is also a professional actor and voice-over artist and is one of the founders of the Guild Theater Company of Ra’anana (Israel). He has appeared in a wide variety of roles, and won awards for his skills on stage. Regarding the art of writing, Larry quotes writer and dramatist Gene Fowler: "Writing is easy. All you do is stare at a blank sheet of paper until drops of blood form on your forehead."
He and his wife, former Rhodesian (Zimbabwean) Marlyn Bernstein, live in Kfar Saba north of Tel Aviv. They have three grown-up children and two grandsons.

ebook bundle that includes an ePub, mobi & PDF. Plus T-shirt with cover art; Plus name mentioned in my web site/ Facebook page/blog.

Hard back, signed copy + name mentioned in my web site/ Facebook page/blog and on contributors page in the book; Plus T-shirt with cover art.

2 copies of hard back signed copy + name mentioned in my web site/ Facebook page/blog and on contributors page in the book. Plus T-shirt with cover art;

3 copies of hard back signed copy; Hangouts – connect on Google Hangouts or Skype – or (if you’re in my neighborhood) get invited to a private reading evening; + name mentioned in my web site/ Facebook page/blog and on contributors page in the book. Plus T-shirt and baseball cap with cover art/logo.

5 copies of hard back signed copy; + ebook and name mentioned in my web site/ Facebook page/blog and on contributors page in the book. + “shoutout” to my blog, FB page, Twitter and mailing list; Plus T-shirt and baseball cap with cover art/logo.

10 copies of hard back signed copy; + ebook, and name mentioned in my web site/ Facebook page/blog and on contributors page in the book. + “shoutout” to my blog, Twitter and mailing list Hangouts – connect on Google Hangouts or Skype – or (if you’re in my neighborhood) get invited to a private reading evening. Plus long-sleeve T-shirt and baseball cap with cover art/logo.

20 copies of hard back signed copy; + ebook, and name mentioned in my web site/fb page/blog and on contributors dedication page in the book. + “shoutout” to my blog, Twitter and mailing list Hangouts – connect on Google Hangouts or Skype – or (if you’re in my neighborhood) get invited to a private reading evening. Plus long-sleeve T-shirt and baseball cap with cover art/logo and “Train in the Distance” car bumper/window sticker.

50 copies of hard back signed copy; + ebook, and name mentioned in my web site/Faceboook page/blog and on contributors dedication page in the book. + appearance at private reading evening (of your choice) and donation of 15 copies to a library, school, institution, organization of your choice including dedication/sponsorship “plaque” in your name in the book. Plus long-sleeve T-shirt and baseball cap with cover art/logo and “Train in the Distance” car bumper/window sticker.

An idealistic journalist in South Africa & Israel seeks revenge for personal loss in a terrorist attack; ending in an ironic twist of fate.

Embed Train in the Distance

Motivation for this Book

As a journalist in Johannesburg during the early 1970's, I covered many of the actual events fictionalized in this story. Several of the characters in the story are real-life individuals who I interviewed, and who did many of the things ascribed to them.

I felt it was important to bring a different story about apartheid-South Africa to the world. Not the usual story told from a point of view of a black person suffering under apartheid, but from that of a young, privileged white reporter with a strong social conscience, who hates what the policy is doing to his country and its people.

This book has been "on the boil" for at least the past 12 years:
The spark to write it arose from a personal tragedy some years earlier, in which two members of my family were killed in a suicide bombing in Tel Aviv. While the story is not specifically about that event, it does highlight the protagonist's personal conflict regarding his life-long opposition to the death penalty (one of the corner-stones of apartheid government power) and the calls by many people in Israel to impose the death penalty on those planning and supporting acts of terrorism, of which his family has been a victim. One of the motivating factors for the protagonist to move to Israel was because it has no death penalty.

I felt that, with the value of hindsight and viewed from another country, I could bring a different perspective to the fight against apartheid, tyranny and hatred. I would like people to understand that the good fight anywhere in the world is predominantly fought by ordinary people who decide at some stage that enough is enough.

I am hoping that Publishizer will enable me to connect with publishers and give me a platform to promote sales of the book, and hopefully arouse the interest of a movie producer.

Publishing plan: As wide a distribution as possible, to create a buzz and expand knowledge of life in that era in South Africa and Israel to a wider audience.

All main line publishers would be appropriate, but I would also like to find a publisher who has connections to film producers as I feel the plot could become an exciting and compelling movie.

Current status of the manuscript: Close to completion - 90%. The final manuscript will be in the region of 90,000 words, about 42 chapters, totaling approximately 270 pages.

For Sylvia and Gail, and the memory of all victims of apartheid and terror – they all believed that life could be better…but many never got the chance to experience it.

"Everybody loves the sound of a train in the distance…everybody thinks it's true
…What is the point of this story? What information pertains
?

This based-on-fact story covers the experiences of a young journalist during the turbulent years of apartheid in mid-1970s South Africa – and personal tragedy during the first Intifada in Israel.

Adam Marks works for a weekly newspaper. He actively campaigns against the entrenched death penalty as one of the pillars of apartheid. His many probing articles – particularly a major scoop covering an interview with a leading anti-apartheid activist – constantly raise the ire of the Security police. They unsuccessfully try to nail him on trumped-up charges under the government’s anti-communist legislation.

Adam’s experiences as a reporter, include receiving personal death threats from a right wing neo-Nazi group, which is infiltrated by a close friend in a tragically flawed effort to thwart their plans for an attack on the local Jewish community.

Adam also covers the murder of three infants by their drunken father, just as his wife announces she is expecting their first child.  This prompts Adam to leave journalism for a less demanding career in Public Relations.

He rejects a huge Government contact because it would compromise his strong anti-apartheid ideals. As a result, his business is boycotted by clients with Government connections. His disillusionment with South Africa reaches a peak and he and his family leave South Africa for Israel.

But his idealistic expectations of serenity, fulfilment and personal peace are dashed when his wife's mother and sister are killed in a suicide bombing in central Tel Aviv.

This personal tragedy encourages him to accept a mission from the Mossad to expose the suicide bomber’s “paymaster”. The mission reveals betrayal by a trusted friend and fuels Adam’s subsequent quest for revenge. The aftermath leads to an ironic twist of fate.

The book has two parts - Part 1: South Africa, Part 2: Israel. I will also provide an index of references to actual events and people, plus a glossary of Afrikaans and Hebrew words used in the story.

Who This Book Is Written For

Target audience: Adult, male/female across the board readers.

I was born in Cape Town, South Africa and am married with three (grown) children and one grandchild.

In South Africa, I worked as a reporter on the Durban morning daily Natal Mercury and later the weekly Sunday Tribune, providing the inspiration for the plot of this book. I then moved to PR and am now a freelance marketing content writer.

In private life, I am a writer, actor and voice-over artist, and with a number of stage and movie appearances. I have published two children's books.

Execution in the Morning

In the Lion's Den