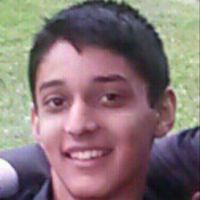 Having spoken at a Young Historian's Conference in 2014 about the effect of the witch hunts of the middle ages in Europe on the feminist movement, and being placed first in the first round and fourth in the second round, as well as having studied history at school level, Rahul was well placed to write three pieces on various aspects of history. These works have received mixed reviews.

Despite having a recent focus on historical non-fiction, Rahul has constantly kept the goal of writing a piece of historical fiction. After a lot of research and brainstorming ideas, this goal has materialized into Another Brick in the Wall.

Another Brick in the Wall

For some it may just be another brick in the wall, but for that brick it is everything and that everything is a story worth knowing.