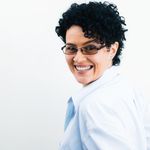 I could write an entire novel about me, I really could! :)

My name is Silvia Chindea and I am a Romanian crime novelist. If you like the classic stories with policemen, amateur detectives, murders and mysteries, it means that we have something in common.

After twenty years that I have written thousands of pages, after a dozen of unpublished novels and poems, after an educational and professional experience in advertising, the time for me to follow this crazy passion arrived: I am a debutant writer.

My life has had different milestones and each one of them has made me become who I am today. Reading literature has been a part of my life since I was a little girl and my strongest interest has always revolved around crime and mystery novels and white line poetry.

I started to write in high-school and this passion evolved with the new blogging era, nine years ago. On September 21st, 2006, my first blog post was published. Since then, I've written more than one thousand short stories, on different subjects.

My life's approach has led me to "Communications & PR" Faculty and later on, to obtain a masters in advertising. I was an 'advertising girl' for many years until I decided that I wanted much more. So in 2009 I started my own company and handled all the marketing and communication activities for it. Only last year, after the loss of my father, I sold my business and I fully committed to writing and finishing my first novel.

I’m a socially-active person, who loves Facebook and Instagram. If you want to get to know me better and stay in touch, please don’t be shy and open the doors to my world. My novels may be about crimes and murderers, but my social media presence is very positive and real.

Here are my media coordinates:

You'll receive:
+ An electronic excerpt of my book, a scene of roughly 2,000 words translated in English
+ A public "Thank you!" on my website

Within one week before publishing, you'll receive:
+ Mobi, ePUB, PDF copies of the e-book
+ A public "Thank you!" on my website

Before official publishing, you'll receive:
+ The printed copy of the book (paperback)
+ Mobi, ePUB, PDF copies of the e-book
+ A public "Thank you!" on my website

Before official publishing, you'll receive:
+ The signed printed copy of the book (paperback) delivered to you anywhere in the world with no additional costs
+ A Matryoshka antique silver tone pendant
+ Mobi, ePUB, PDF copies of the e-book
+ A public "Thank you!" on my website and inside the book (second or third cover)

Before official publishing, you'll receive:
+ Two signed printed copies (paperback) delivered to you anywhere in the world with no additional costs
+ A 15x15 cm. unique paint made by Art Designer Corina Icală
+ A Matryoshka antique silver tone pendant
+ Mobi, ePUB, PDF copies of the e-book
+ A public "Thank you!" on my website and inside the book (second or third cover)

Before official publishing, you'll receive:
+ Two signed printed copies of the book (paperback) delivered to you anywhere in the world with no additional costs
+ A 50x50 cm. unique paint made by Art Designer Corina Icală
+ A Matryoshka antique silver tone pendant
+ Two pages calendar for 2017
+ A book launch invitation and/or dinner with the author in Bucharest, Romania
+ Mobi, ePUB, PDF copies of the e-book
+ A public "Thank you!" on my website and inside the book (second or third cover)

an exciting and fast-paced detective novel

This book revives the classic stories with detectives, ingenious criminals and innocent victims, in a fast-paced and alert style.

2012 was the perfect year to start writing another classic detective novel: The novel, I might add. Initially, I wrote 13,000 words and then stopped. Only two years later, after I sold my business, Six Matryoshka Dolls started to grow inside me and for the first time in 20 years, I knew that this would be my first published novel. The ideas & emotions that had been trapped for so long in my mind escaped and found their place on my computer screen.

With Six Matryoshka Dolls novel I want to revive the classic stories with detectives, ingenious criminals and innocent victims, and my future work will have the same ingredients. I have already outlined the two next book scenarios!

You'll find my voice unique, interesting and so much different from the typical copycat thriller, so popular in the last decade or so. I prefer classic frames, alert and exciting stories that unfold gradually, real scenes and authentic characters. I want you to know the story from within, not to throw you in a setting that you don't belong.

The six Matryoshka dolls are actually six events invisible linked, like true sisters. The events are connected, yet independent, being comprised in a surprisingly authentic and tonic reality.

In the outer story, Commissioner Ion Dumitrache must unravel the mystery of a woman's death, the victim of a car accident.

The clues lead to four suspects, each of them having reason to kill her. A senator and his wife, senator's brother and the former victim's boyfriend.

As the investigation progresses, things get complicated and the policemen are finding two more victims. The killer gets more daring and inventive, and the law enforcement people fail to discover his identity.

The files will be closed with unknown author or the Commissioner will find out who is the serial killer?

The cover design started with the drawing of an young Romanian Art Designer, Corina Icală, of six different Matryoshka dolls, inspired by the book. The final cover was created by theSquare, resembling an old detective novel's cover. 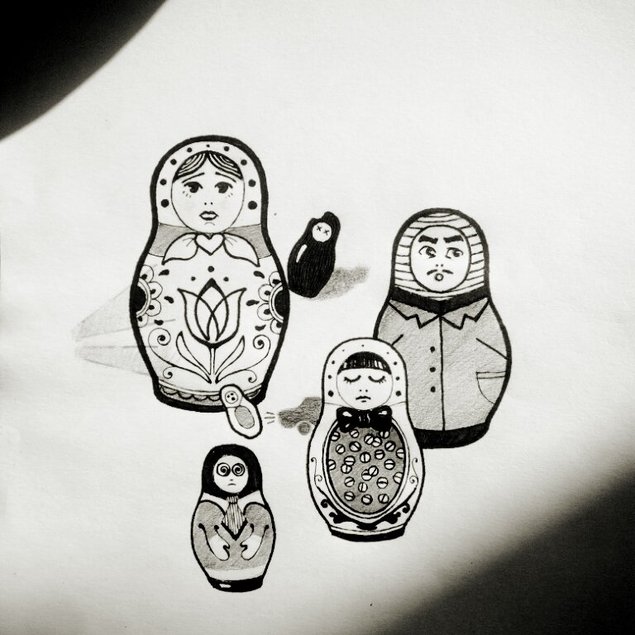 As I mentioned, I am a Romanian writer. :) My novel is called Șase păpuși Matrioșka, has around 77,000 words and will be published this year.

I am not a native English speaker or a professional translator. With the help of Publishizer friends all over the world, I will give my novel to a Romanian-English translator and afterwards I will use the rest of the funds to internationally publish Six Matryoshka Dolls.

Did I mentioned that I worked in marketing and advertising? :) So, in March this year I launched my Romanian Facebook page, Instagram & Twitter accounts, both in English and at the beginning of October I launched my English Facebook page. Also, I have a mailing list and a lot of friends subscribed already.

My author website www.silviachindea.com is live since September, both in Romanian and English. 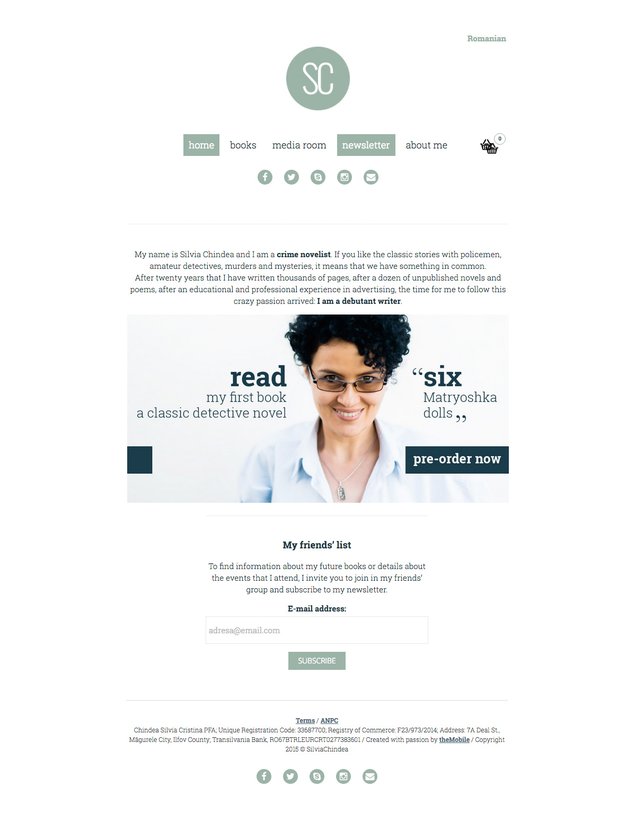 Since is my first novel and obviously my first crowdfunding campaign, I am more than curious and excited about your interest in my book. I am grateful to all of my future readers and contributors to my novel's release!

Please check out the rewards page! :)