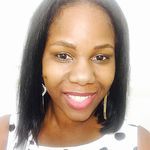 JSV Germain has been a writer since she was about nine years old. Her writing focuses mainly on positive messages of hope, empowerment and self-confidence towards all young women.

Shabine Germain is an upcoming fiction writer that aspires to touch many lives through her stories. She is an activist for the voiceless. She has been writing since the early age of nine and has been passionate about writing ever since. Shabine's first novel "Songs of Siren" is a compilation of the first few poems she's ever written. "Songs of Siren" is published online on lulu.com and has received many good reviews.

Germain was born on the beautiful overlooked island of Haiti and moved to the US by the age of seven.   Her childhood memories there consisted of her spending most of her time on her grandfather's farm. A farm girl through and through, it was a bit difficult when her father uprooted the whole family to Miami's fast city life. It took a while to adjust, but years later Miami has become her home. Shabine enjoys outdoor activities such as hiking, running and playing different sports. Her passions besides writing, includes listening to and playing music.

One of Shabine's greatest achievements is taking care of her two young cousins after their mother passed away. The oldest who is turning fourteen soon has been in her care since the tender age of five months. The youngest whom just turned twelve has also been in her care for most of her life.

The idea for the Esteem Princess Chronicles derive from her own feelings of self doubt and unworthiness. Growing up, especially as an African American girl, always had its difficulties. She remembers struggles with weight and self image issues. The worst part was growing up seeing only fair skinned women portrayed as princesses in all of her childhood fairytales. Shabine always felt that a self image building class should be taught in schools alongside all of the other subjects. Young girls go through so much that is imperative to teach them self love at a very early age to get through this journey called life. Shabine hopes to become a role model not only for her little cousins that she's raising but for every young girl out there.

281copies
0 250 500 1000
Success! The Esteem Princess Chronicles: Ariah and the Cure has already sold 281 pre-orders , was pitched to 59 publishers , and will be published by Gladiator Publishing Company .

An E-Book copy of The Esteem Princess Chronicles.

1 signed and personalized copy + E-book
Your name acknowledged in the book
Thank you note from the author
Invite to book launching party which includes free food and drinks (Miami, Fl)

100 paperback copies + E-book
5 signed Esteem princess Chronicles T-Shirts
Your name acknowledged in the book
Invite to book launching party which includes free food and drinks (Miami, Fl)
A meet and greet which includes a picture with the author.

I want to thank you for your support and your patience thus far. I am currently in contact with a few publishers and will be making a decision soon. I hope that by my birthday, July 17th, I will have chosen my publisher and finally have the copies of my book published and sent out to you. I will update you again by the end of June on any changes and progress. Thank you again and much love!