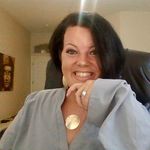 Barbee is a speaker, motivator, entrepreneur and leading futurist. She was named Female Entrepreneur of the Year by the Stevie awards and #17 in StartupNation's Top 100 Moms in Business.

Throughout her career, JB has been praised for her shockingly accurate prognostications.

As one client aptly put it,
"I'm confident in saying that Jennifer Barbee doesn't study the trends. She creates them."

As a speaker, coach and business owner, she regularly volunteers her time to non-profit groups advancing women and their uprising in helping women realize that futurists are strategists that have enough experience to look ahead 5 or 10 steps.

Jennifer has many documented predictions that have materialized, including:
2001, Rise of the Online Travel Agents
2004, Death of traditional Newspaper and media model
2005, Trouble with Online Travel Agents with tax and market-takeover
2006, Rise of Peer2Peer (Social Media)
2006, The upset of retail and shift to eComm
2009, The impending degradation of websites
2010, The tipping point for social media to become a search/discovery source.
2012, The death of the ad agency
2014, The plan for Google to enter the travel space

1 Copy of the autographed limited edition of the book "The Feminine Futurist" + Free invitation to the book launch. You ALSO get exclusive access to updates and an invite to join my community.

2 Copies (One for you and one for a friend) of the autographed limited edition of the book "The Feminine Futurist" + Free invitation to the book launch. You ALSO get exclusive access to updates and an invite to join my community.

3 copies of the autographed limited edition of the book "The Feminine Futurist" + Free invitation to the book launch + A Big Thank you mention in the book.

$497 Be a Corporate Sponsor

Hello everyone and thank you so much for subscribing!  Over the weekend, I became even more impassioned about this book and it promoting young women to develop their skills and impacting their abilities as thought-leaders.  For every order this campaign generates (including those already purchased - thank you!), I am going to match and donate a copy to a school library of the buyers choice.  Please help me in getting the word out about this exciting opportunity to get the book in schools!