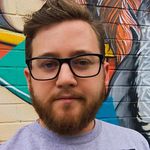 Jon Westenberg is a multifaceted creative. He guides hundreds of thousands of writers, founders and artists through building businesses, becoming freelances and embracing their creative inner-weirdo.

The Fuck Up's Guide To Failing

How to Fight Your Way Back From A Loss

A narrative-driven handbook for facing your own failures head-on and getting back up after a knock-out. This book tells you how to turn negative situations, losses and major personal failures into a win.

A narrative-driven handbook for facing your own failures head on and getting back up after a knock-out. This book tells you how to turn negative situations, losses and major personal failures into a win.

What do you do after you've failed completely?

It’s a tough thing to go through. It can be almost completely demoralising, when it happens to you. But you’ve got to be ready for it, because you’ve got to be prepared enough to handle it when you go walking around a pretty normal looking corner and get laid out by a right hook.

I don’t like this thing where people are proud of their startups failing. There’s absolutely nothing wrong with starting a business and having the whole thing work out because you planned it and you had your shit ready. But if you do fail, you’ve got to find a way to push through it and learn from it. And that’s the case if you’re a student or a designer or a writer or anything else

That's what this book is all about. It's about the people who have fucked up, and the ways that they've found to push through. Against the odds. Against themselves. Against the world.

What is failure? What does it mean to set goals and fall short, or to make decisions that cause us to experience a set back or a loss? By its very definition, isn't failure the end of the line?

When I was 18, I walked off the grill at McDonald's and started my own company. It was such a disastrous failure that it took me years to get back on my feet, and it triggered another series of screw ups - from dropping out of law school to losing a major record deal. This is how I got through it and what I learned.

The problem with our current definition of failure is that we think life has to be a straight line, from point A to point B. The reality is completely different. Life is a squiggly mess, from point Z to point Y via point C. Accepting that is vital.

Chapter 3: You Can't Waste Time On Wishes Or Pity

When failure happens, wishing it was different or feeling sorry for yourself is a natural reaction. But just because it's natural doesn't mean it's right. In fact, the more energy and effort you put into wishing and pitying, the less you'll have to make a difference.

Chapter 5: When You Fail, Question Why

It’s not enough to just blame yourself, throw up your hands and say you’re done. That’s not useful. It’s not enough to blame your environment, your competitors, your teachers, your investors, your family…none of this is positive. What you’ve got to do is find your black box. Work out exactly what went wrong. This doesn’t mean dwell on it and mope about it, it means sitting down with a notebook and a pen and analyzing your failure. Finding the real reason.

Chapter 6: When You Fail, Take Time To Recover

I don’t mean take a holiday — although if you could, it’d help — I mean take time away from whatever it is you’ve failed at. Put down your project for a week or so, and let yourself recover from the experience. Sometimes failure knocks you about pretty badly, and you need that time to get back on your feet. Sometimes, failure absolutely wipes you out, and if you don’t get your recovery time, you’ll never get back to 100% of who you used to be.

Chapter 7: When You Fail, Ask For Help

When you fail, that’s when you most need the help and the assistance of other people. You need people to work through your mistakes and challenges with, who can give you that outside voice and even just share a few beers. But here’s what sucks. When you fail, that’s when you most want to be completely alone. You have to fight against that inclination towards solitude when you’re in the throes of failure. Reaching out to your network and saying that you need to spend some time with them is important. This is where I’ve always struggled. I’m not great at maintaining close relationships, for whatever reason. Having a network of friends that I can talk to who are open and available to me has proved even harder lately than ever before.

Chapter 8: When You Fail, Get Up And Try Again

If you let it keep you down, you’ll always stay down. When everything goes to hell, my first impulse is to hide in a dark room listening to Tom Waits and drinking. But I know that what I absolutely have to do is find a way to try again, even if its in small actions. When my last business flamed out, it took me 3 days before I made a list of the skills I had that I could sell immediately and picked one to start a new project with. If I hadn’t done that, I don’t know where the fuck I’d be now.

My core audience is creative freelancers, marketers, entrepreneurs and tech focused life hackers. This is a demographic that is predominantly male, with a strong age range of 25-35. Most of my audience are based in the United States. They tend to follow myself, Seth Godin and Gary Vaynerchuk closely, and spend on average $50-100 per year on influencers' content.

This book will be marketed largely through the existing Creatomic network of over 110,000 subscribers on Medium. That's a large audience who already are invested in my work and understand its value. I will be launching the campaign with weekly emails to that subscriber base and weekly blog posts focusing on the content.

I will be reaching out to podcasts that I have previously appeared on, and focusing on it during my own weekly video blogs and podcast (5 Minute Founder).

Tribes: We Need You to Lead Us

This book helps leaders turn a scattering of followers into a loyal tribe. If you need to rally fellow employees, customers, investors, believers, hobbyists, or readers around an idea, this book will demystify the process. Tribes will make you think—really think—about the opportunities to mobilize an audience that are already at your fingertips.

Outliers: The Story of Success
By Malcolm Gladwell

Published by Back Bay Books; Reprint edition (June 7, 2011)
This book explains how leaders make change in any type of industry. Gladwell explains the secrets of software billionaires, what it takes to be a great soccer player, why Asians are good at math, and what made the Beatles the greatest rock band.

Crush It: Why NOW Is the Time to Cash In on Your Passion

This book shows why now is the perfect time to take that passion and make a living doing what you love. Readers learn how to harness the power of the Internet to make their entrepreneurial dreams come true, step by step.

Awaken the Giant Within: How to Take Immediate Control of Your Mental, Emotional, Physical and Financial Destiny!

How to wake up and take control of your life! Tony Robbins shows you his most effective strategies and techniques for mastering your emotions, your body, your relationships, your finances, and your life. Another step-by-step program teaching the fundamental lessons of self-mastery.