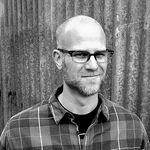 Nick has lived, learned, taught, and traveled in major metropolitan areas on both sides of the Pacific. These experiences inform the unique perspectives from which he writes.

It could be said that Nick's entire life has been lived to write this book.

While growing up in the Central Valley of California, he spent a fair bit of time in what is now known as the Silicon Valley; it was the first major American city that he was steeped in. Santa Clara Valley—and its nearby mountains and ocean—captured his imagination long before the advent of the internet era. The people’s history of the bygone agrarian and canning industries in the area intrigued him so much that he ended up moving there in 1995 for undergrad at SJSU—just north of Steinbeck Country. Nick read various world literatures with guidance from a wide variety of scholars, but studying Steinbeck—a master of empathy—under Susan Shillinglaw was key to his development as a student and a writer of fiction.

Though it was in San Jose that Nick explored and observed his first adult influences in literature, art, music, and diversity, it was a gap semester at the age of 20 that informed his writing in a way university could not. He traveled solo for the first time, surviving on about $2,000 in busser/waiter cash and meeting people from all over the world; writing in earnest over those two months; staying in hostels; and traveling by bus and train.

Before he moved to New York City in 2003 to pursue an M.A. in literature and creative writing, Nick wrote his first successful short story. It was part of his application to CCNY and was a short story that tested the bounds of his empathy. Someone whom he was close with at the time was attempting to figure out issues related to sexuality. He processed this by writing from a perspective that, in some ways, resembled this person's perspective. What he wrote for his CCNY application morphed into the early pages of The Emergent (formerly titled toil & sound).

If Nick's social consciousness was still in a somewhat nascent stage when he moved to New York City, living for a year in the Washington Heights neighborhood of Manhattan opened his eyes. It gave him a real sense (however limited) of being an outsider: he may have been the only white person in a half mile radius. This and other cultural experiences in NYC entwined fortuitously with his courses. And these factors dramatically affected creative choices he made in The Emergent. He studied in depth the work of the South American and Caribbean magic realists; beyond the early slave narratives, he dove deep into the African-American canon.

Nick moved to South Korea in 2006. Among other things, he was fortunate to find new experiences and people. His lifestyle also allowed him the solitude needed to write. He expanded his book idea over the course of four and a half years; he completed the first draft of his two novels. Since then, he has continued to read widely and write online about intercultural and social issues.

You are modern and mobile. You'll get:

You are modern and mobile, but you like the weight of a book in your hands and the pages between your fingers. You'll get:

You and a significant other are avid readers. If you purchase this limited package, you'll get:

You and a couple chums sit around discussing books. This could be the beginning of a new book club. You'll get:

You could be accused of being sentimental because you long for the day when your café and the people in it were as eclectic as the conversations you had with your friends. You'll get:

--four SIGNED hard copies
--sneak peek at Chapter 1 in its entirety
--prominent mention of your name in the acknowledgements if you so choose
--your choice:
one-hour virtual hangout with me
OR
2 hours at a coffee shop with me and three friends (travel and lodging would be extra)
--invite to a launch party

You and your fellow bookworms are a tight group, and you take your literature seriously. You'll get:

You are a person about town. Everyone knows you and you want to share this book with them. Help spread the word! You'll get:

--six SIGNED hard copies to share with friends
--sneak peek at Chapter 1 in its entirety
--prominent mention of your name in the acknowledgements if you so choose
--your choice:
an hour of WA or WI macrobeer and rail liquor at a dive/neighborhood bar of your choice with me (travel and lodging would be extra)
OR
a similar virtual sitdown with me
-- poster of the cover art
--invite to a launch party

You want to expand your book club or give extra copies to other important people in your life who may not be in your book club. Help spread the word. You'll get:

You have several literature geeks in your orbit and you would like to share these pages with them and brag that you know the writer. Help spread the word. You'll get:

--ten SIGNED hard copies to share with friends
--sneak peek at Chapter 1 in its entirety
--prominent mention of your name in the acknowledgements if you so choose
--your choice:
--an hour and a half of WA or WI macrobrew and rail liquor in a dive/neighborhood bar of your choice with me and one of your friends (travel and lodging would be extra)
OR
--a similar virtual sitdown with me
-- poster of the cover art
--invite to a launch party
--FREE SHIPPING

You are entrenched in your community and would love to share and discuss the perspective in the book with others. Help spread the word.

You could have paid a large portion of a semester's worth of full tuition in the mid-90s at SJSU. But here you are: an incredible patron (and librarian? or an agent?) with many friends who like to read and discuss literature. Help spread the word.

Happy day before Friday, all!

I am looking forward to a good weekend of work. I will continue reading through the manuscript (how many times now since 2010?). It's amazing how much has changed in the world and how that influences the choices and changes I need to make to the novel...which takes place in the mid 1990s! The story and structure will stay the same, but details need expanding and contracting in certain places.

I will also be "talking" with old friends and catching up: a nice little side-effect of being glued to my computer and social media throughout this campaign (but I'll need a tech de-tox after all is said and done).

In chatting (via direct messaging function on Facebook) with a high school classmate of mine last week, I discovered that, in addition to being a high school English teacher, she has a bit of a side-hustle as an editor. Her background and professionalism seem like a good fit for me. I really hope I get the opportunity to work with her, but that is actually a bit more money than production costs raised through the campaign. I'll deal with that at a later time.

And, of course, keep your eye on the campaign in the final 12 days. Thanks so much for your support!